Uganda Airlines Returns to the Skies 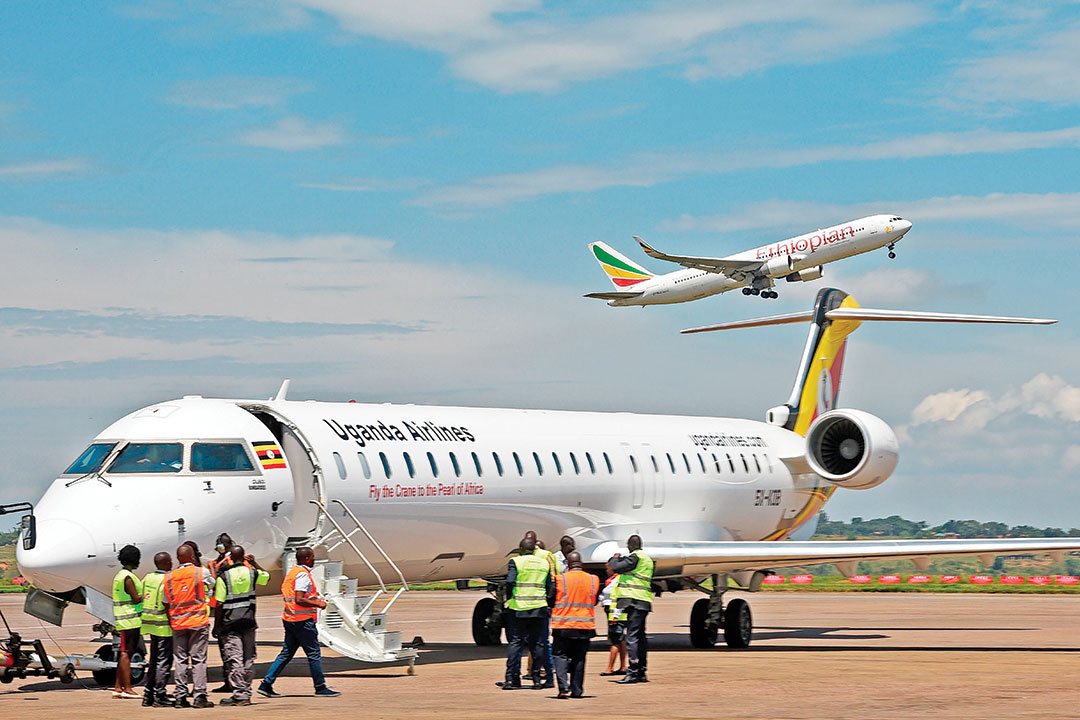 After two decades without a national airline, Uganda commemorated the return of Uganda Airlines with a flight from Entebbe to Nairobi, Kenya.

The airline initially will fly to seven destinations, including Nairobi; Mogadishu, Somalia; Juba, South Sudan; and Dar es Salaam, Tanzania; said Prime Minister Ruhakana Rugunda during a ceremony at Entebbe International Airport. The country has acquired two new Bombardier CRJ 900 jets and is expected to receive another two in 2019. It will add two Airbus A330-800 planes in 2020 for long-haul flights.

Uganda Airlines is launching into increasingly crowded East African skies. Rwanda and Tanzania have revived their national airlines to capture a slice of the booming market.

They are taking on regional giants Kenya Airways, which continues to expand, and Ethiopian Airlines, which largely dominates the skies.

Former Ugandan dictator Idi Amin founded Uganda Airlines in 1976, but the carrier was liquidated in 2001 after a failed bid to privatize the foundering company, which was dogged by corruption and mismanagement.

“Uganda Airlines will have direct flights from Uganda to China plus other countries, and it will be very important in hitting the 4 million tourist goal the government has set,” said Tourism Minister Ephraim Kamuntu.

Uganda welcomed 1.8 million tourists in 2018, according to official statistics.