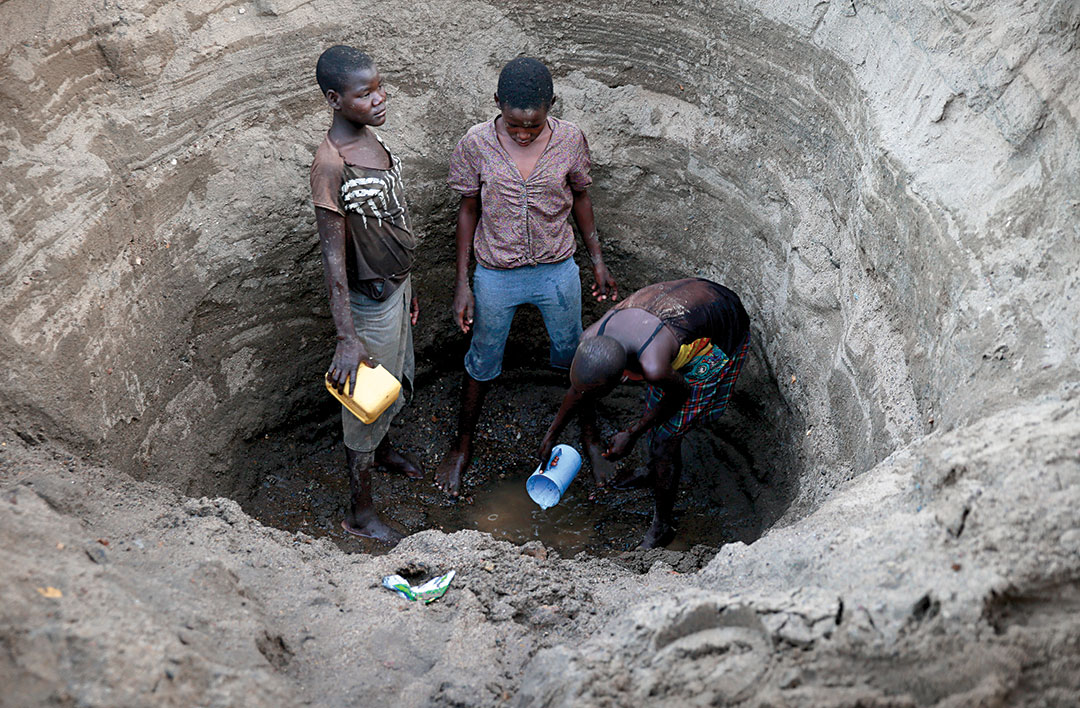 Kenya is facing one of the worst stretches of drought in years, causing underdevelopment, fights over water and fears of starvation. However, a village in western Kenya is using a high-tech solution to water scarcity with “digital wells.”

In Nakuru County’s Solai village, people have long been dependent on seasonal rivers and salty Lake Solai for their animals and irrigation. But drought has reduced the local river to a stream.

Residents such as Anne Chesire said the drilling of so-called digital wells has been a lifesaver.

Previously, she said, they would have to wake up early to beat the line at the watering hole, which is kilometers away. The water was salty, Chesire said. But since receiving the new taps, she said life has become so much easier.

World Vision Kenya and the Nakuru County government funded the wells, giving residents access to clean drinking water, and a high-tech solution to prevent waste. Villagers use cards fitted with microchips and loaded with money to dispense and pay for the water, helping to fund the cost of drilling wells.

Charles Kimutai, Chepkulu Water Project chairman, said the card system has been helpful because he no longer has to chase people down to get them to pay their water bill.

The project has brought much-needed water closer to home and extra income for locals, such as mother of two Brenda Chepngetich. She said she is growing vegetables in her backyard and selling them. It has helped her sustain a comfortable livelihood.

“Since we entered into the area, life has changed,” Mwaura said. “As per an evaluation we did, water penetration was at 37%. And to date we have gone to 54%. So we can say this is an achievement, and all this achievement is due to the project that World Vision is doing. And we hope to go far with the partnership we are doing with the government.”