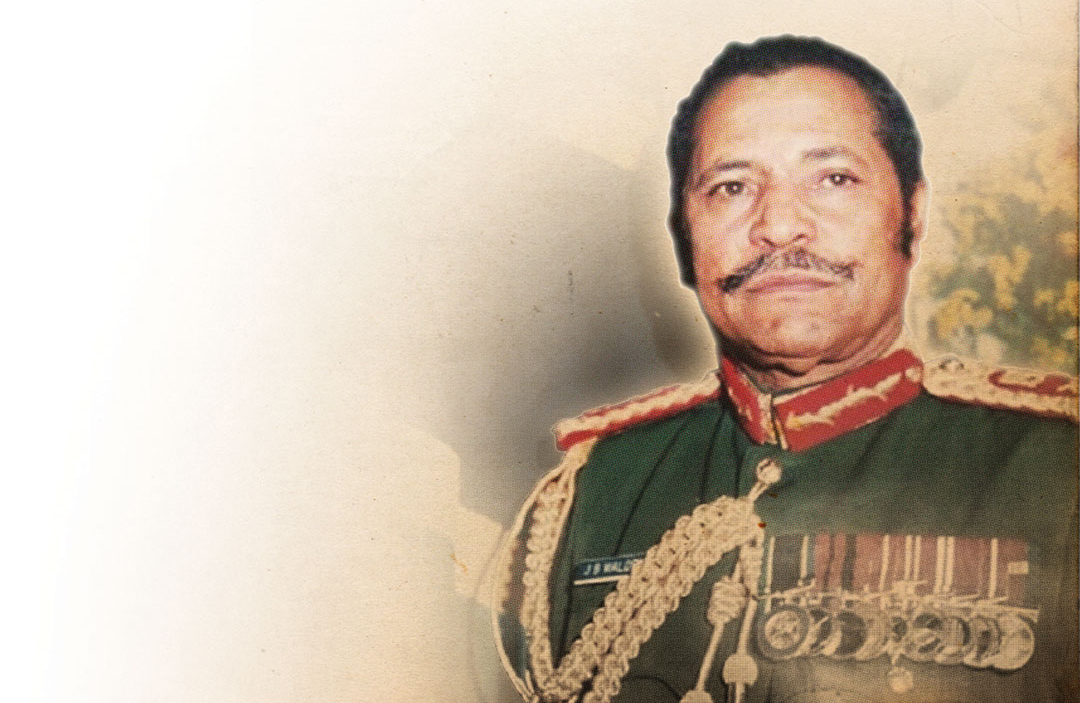 In 1978 during the war between Tanzania and Uganda, Tanzanian Brig. Gen. John Walden got on his army’s radio system to discuss the capabilities of the Cuban, Israeli, American and Mozambican Soldiers serving alongside his troops.

Ugandan President Idi Amin and his officers heard the broadcast and panicked. Amin contacted the United Nations and the Organisation of African Unity to complain about foreign interference in the war. And that is when Amin learned that there were no other countries working with the Tanzanians — Walden had made it all up, just to get under Amin’s skin.

The simple ploy worked, and Amin had suffered a defeat on the world stage. He had fallen victim to the man now known as “Black Mamba.”

Walden was born in 1939 to a white father and a black mother. After graduating from school, he joined the King’s African Rifles, a British colonial regiment in East Africa. His superiors initially distrusted him, because his father was an administrator in the British government. Early in his military career, his loyalty was questioned.

When Tanzania gained independence, Walden continued his military career in the new government. He was regarded as one of the country’s best marksmen but still had to deal with questions about his race. Tanzania’s first president, Julius Nyerere, spoke to Walden and told the young Soldier that he would have to work harder than his peers to advance and overcome their distrust. Walden toughed it out, and in 1963 he was promoted from sergeant to second lieutenant.

He overcame any false notions about his allegiance. By the time of the Uganda-Tanzania War in 1978, his superiors had promoted him to brigadier general. He commanded the 207th Brigade of the Tanzania People’s Defence Force.

In early 1979, he was assigned to take out a garrison in the Ugandan towns of Katera and Masaka. Instead of moving his troops on established paths, he took them through a swamp, marching them single file through deep water infested with snakes and crocodiles. He lost contact with headquarters for a time because the radios wouldn’t work.

The troops spent three nights in the swamp, and he was with them for the entire journey. The Soldiers painted their faces black as camouflage, and in the process Walden was named “Black Mamba” — an affectionate nickname that stuck with him the rest of his career. Walden’s peers thereafter called the 207th “the Amphibious Brigade.”

The swamp trek worked. Despite 1,000 heavily armed Libyan Soldiers joining the Ugandans in the fight, Walden and his troops prevailed. Lt. Col. Abdu Kisule, who led the Ugandan troops, later said that the defeat at Masaka was the true tipping point in the war.

Weeks later, Tanzanian Soldiers attacked the Ugandan capital of Kampala, and Walden and his troops captured Amin’s residence. Amin fled the country, and Walden’s brigade was assigned to occupy Kampala. The war was effectively over. Two years later, Walden organized the withdrawal of all Tanzanian forces from Uganda.

Walden finished his military career as a major general. One of his last assignments was in 1989 when poachers were decimating the country’s elephant population. He led the large-scale Operesheni Uhai (Operation Life), targeting poachers and organized crime syndicates trafficking in ivory. He liked being with his Soldiers, and it was not unusual to see him walking in the bush, armed with his Colt .45-caliber pistol.

The Black Mamba retired soon after the completion of the operation. He died in 2002.