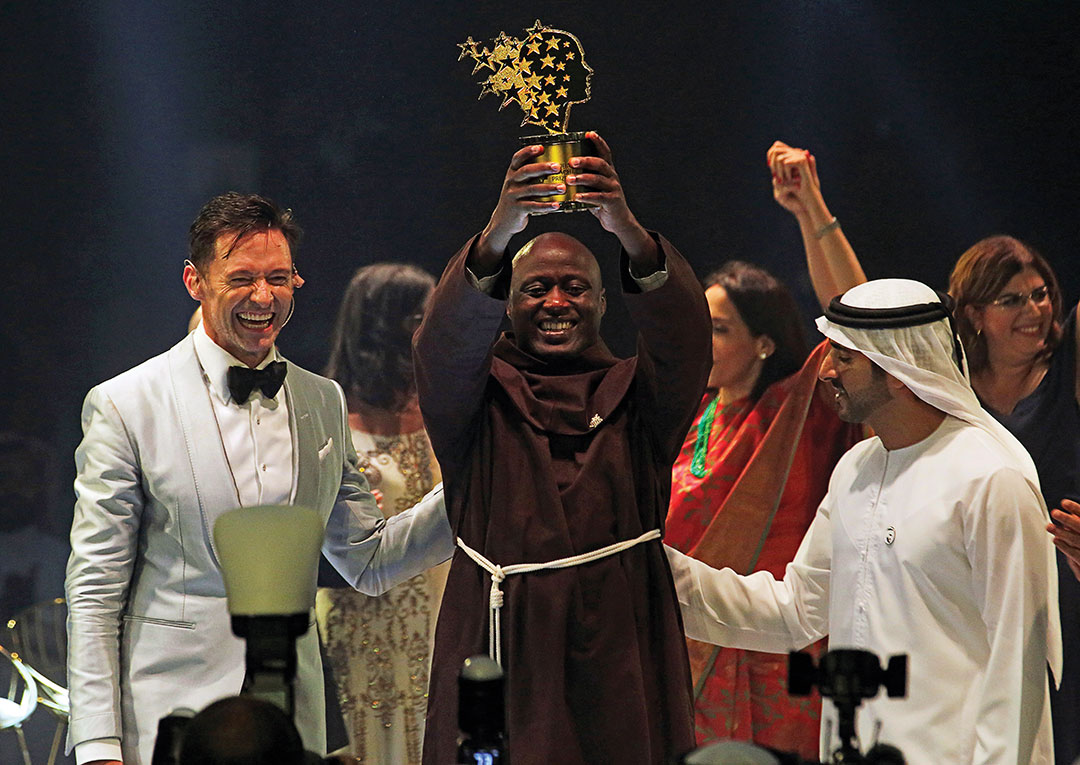 A Kenyan science teacher from a remote village has been named the world’s most outstanding educator and has received a $1 million prize.

Peter Tabichi beat 10,000 applicants to win the 2019 Global Teacher Prize and was given the award in Dubai, United Arab Emirates, at a ceremony attended by the country’s crown prince. To pay for school supplies and help his students, Tabichi had been donating 80% of his salary.

Tabichi teaches science to high-schoolers in the semi-arid village of Pwani, where almost a third of children are orphans or have only one parent. Drought and famine are common.

He said the school has no library and no laboratory. He plans to use the $1 million to improve the school and feed the poor. Despite the obstacles Tabichi’s students face, he’s credited with helping many stay in school, qualify for international competitions in science and engineering, and go on to college.

Kenyan President Uhuru Kenyatta said that Tabichi’s story “is the story of Africa” and of hope for future generations.

As a Roman Catholic monk, Tabichi wore a plain floor-length brown robe to receive the award.

In his acceptance speech, Tabichi said his mother died when he was just 11 years old, leaving his father, a primary school teacher, with the job of raising him and his siblings alone.

Now in its fifth year, the prize is the largest of its kind. It has quickly become one of the most coveted and prestigious for teachers.