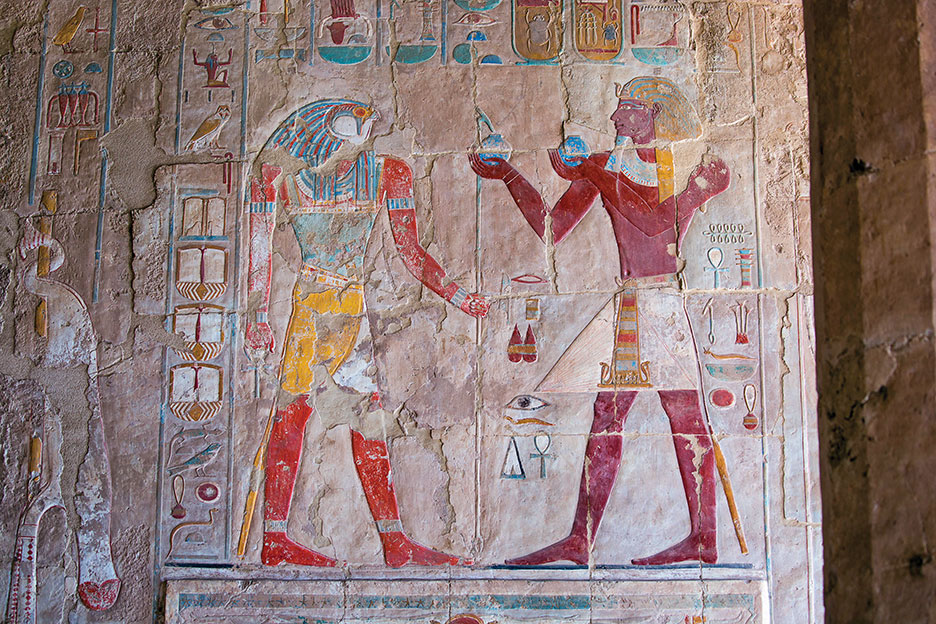 The pharaohs of ancient Egypt were fascinated by a distant place known as the Land of Punt, or simply Punt. It was regarded as a land of plenty, with rich resources. Some called it Ta Netjer — God’s Land.

But it was more than a trading partner. The Egyptians revered its culture and regarded it as their ancestral home. Its exact size and location have been lost to the sands of time, but it was almost certainly in what are now parts of Djibouti, Eritrea, Ethiopia and Somalia.

Queen Hatshepsut became the pharaoh of Egypt about 1470 B.C. in a political move shrouded in controversy. Viewing her gender as a liability, for a time she directed that she be portrayed as a man, complete with beard and large muscles, in statues and paintings.

At that time, the route to Punt had been lost for decades. Hatshepsut told her subjects that the gods had directed her to find the route by sending a trade mission. The expedition began in about her ninth year as pharaoh, when she dispatched five ships, each 21 meters long. The 210 men sent on the trip included sailors and rowers.

The Egyptians traveled down the Nile, then disassembled their boats and carried them across land to the Red Sea, where they reassembled them. Because the boats were intentionally light, they had to hug the shores for the Red Sea leg of the trip, staying out of the dangerous deeper waters. The trip took about 25 days, covering some 50 kilometers per day.

The people of Punt were amazed at the Egyptians’ courage in making the trip. They regarded their land as largely unknown to the outside world. They were eager to trade for the Egyptians’ tools, jewelry and weapons.

The trade delegation returned from Punt carrying vast wealth, including ivory, ebony, gold, wild animals, elephant tusks, leopard skins and incense. More notable were the 31 live myrrh trees, each with its roots in a basket. Hatshepsut had the trees planted in the courts of her mortuary temple complex, where they thrived — the first time in recorded history that anyone had successfully transplanted foreign trees. The roots of the trees can still be seen to this day.

The reign of Hatshepsut was among the most prosperous in Egypt’s history, and carvings at the huge memorial temples of Deir al-Bahri make it clear that she considered the Punt expedition to be among her greatest achievements.

When Hatshepsut died in her mid-40s, she was replaced by her nephew, Thutmose III. Such was his jealousy of her accomplishments that he had almost all evidence of her rule removed, including images of her as a male king on the temples and monuments that she had built. As a result, scholars knew almost nothing about her until 1822, when they learned to decipher the hieroglyphics on the walls of Deir al-Bahri.

A team of archaeologists discovered her mummified remains in 2007; they are now housed in the Egyptian Museum in Cairo. These discoveries have restored her rightful place as one of Egypt’s greatest pharaohs.