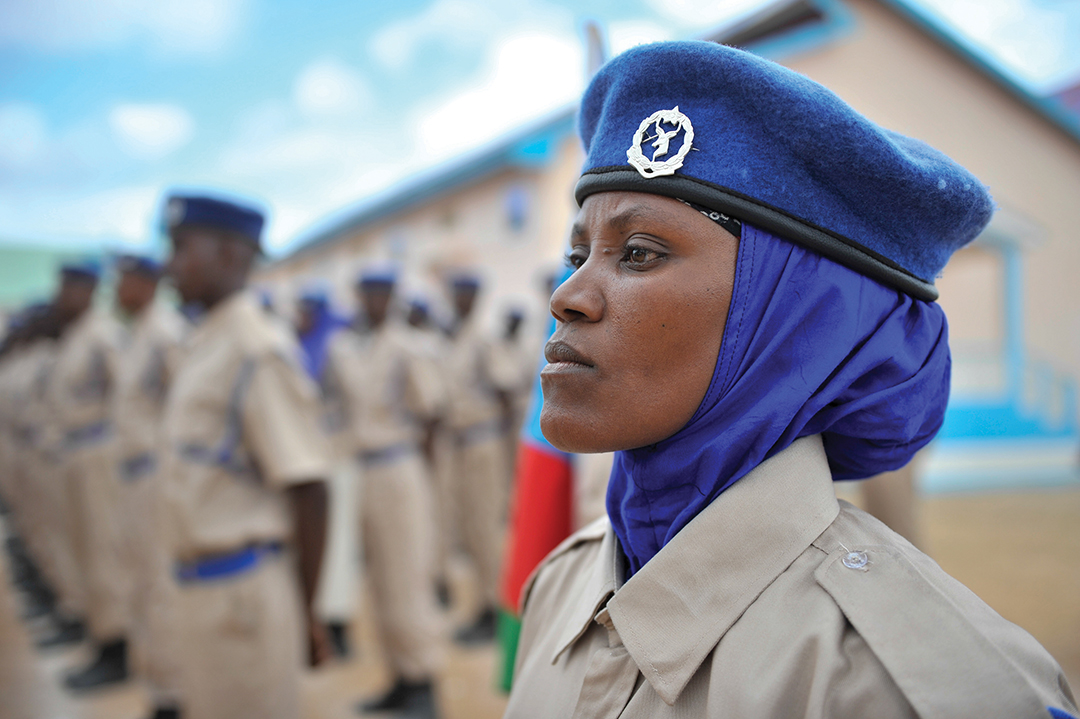 Diminished but dangerous. That’s the current state of the extremist group al-Shabaab. Whereas it once controlled more than half of Somalia’s territory and a population of about 5 million people, today its members are on the run and control only about 11 percent of the country.

The African Union Mission in Somalia (AMISOM) and the Somali National Army forces have fought and sacrificed greatly to push the group from its strongholds. Al-Shabaab’s key moneymaking locations, including the Port of Kismayo and the Bakara Market in Mogadishu, are back under government control. Life in the capital city has returned to a degree of normalcy.

But this is no time to let up against this threat. As al-Shabaab abandons efforts to control territory, it resorts to asymmetric attacks against soft targets and extracts money by setting up roadblocks and threatening travelers. Additionally, other extremist groups will seek to take advantage of any vacuum left by al-Shabaab. ISIS is trying to make inroads in the country. AMISOM forces recognize that it is essential not only to liberate territory, but to secure it with a consistent military presence.

Defeating al-Shabaab will take a multifaceted effort that includes Somalia’s military, international partners, the democratically elected government, civil society groups, traditional leaders and others. Rebuilding the Somali National Army is a top priority. The country estimates it needs a professional army of about 28,000 Soldiers who are well-trained and trusted by the people they serve. Somalia and its international partners also must cut off al-Shabaab’s financial support by denying it access to profits from charcoal, sugar and khat trafficking. Finally, Somalia’s civil and religious leaders must work to discredit the poisonous ideology that has infected the minds of al-Shabaab radicals. Part of this work will require rehabilitating and reintegrating former al-Shabaab fighters who agree to renounce violence.

It’s a tall task, but Somalia is already seeing the first dividends of peace. After more than 20 years of war, the skyline of Mogadishu is being rebuilt, and a veritable housing boom is underway. Optimism abounds. Now that Somalia’s war-weary population can see the prospect and the promise of peace, it is the job of the country’s security forces, elected leaders and their international partners to make it a reality.