Browse: Home   /   The Dark Star of the Enlightenment 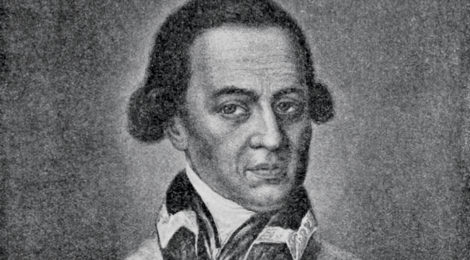 The Dark Star of the Enlightenment

In 1827, Russia’s greatest poet, Alexander Pushkin, began his first work of prose, a historical novel titled The Moor of Peter the Great. It was based on the life of his African-born great-grandfather, Abram Petrovich Gannibal, who went from being a slave to becoming a Soldier, engineer and scholar.

Pushkin never finished the book — and perhaps that was for the best. The life of his great-grandfather was so remarkable, a single book could not have done it justice.

Gannibal was born in what is now Cameroon in 1696. His birth name was Abram, and he was the son of a minor prince of the region. When he was 7, he was kidnapped by a rival tribe and enslaved. He was presented as a gift to the sultan in Constantinople and later acquired by a Russian ambassador, who gave the small black boy to Russian Czar Peter I as a novelty for his court.

The czar saw something he liked in the boy and became his mentor. As Abram grew, Peter decided the boy’s future would be as a Soldier.

When Abram was 20, he began his training in Paris, studying military science, mathematics and engineering. Four years later, he enrolled in France’s new artillery academy. To get the best possible engineering experience, he fought for France and its allies against Spain in the War of the Quadruple Alliance. During the war, he was captured by Spain and released in 1722, two years after the war ended.

During his time in France, he took the name Gannibal, after Hannibal the Conqueror. With his impressive education, he made friends with the French intellectuals of the day, including the philosopher Voltaire, who is said to have referred to his friend as “the dark star of the Enlightenment.”

Gannibal returned to Russia in 1723 as a military professional and an expert in fortifications. He took military posts as an engineer and later as a mathematics tutor.

Peter died in 1725, and his successor did not trust the highly educated foreigner in his court. He exiled Gannibal 4,000 miles away to Siberia in 1727. Three years later, he was pardoned because of his engineering skills, which he had demonstrated while in exile.

In 1741, Peter’s daughter Elizabeth became the new ruler of Russia, and Gannibal became a member in good standing in her court. He and his wife, a woman of Scandinavian and German nobility, had 10 children.

He was eventually given the rank of major general and served for 10 years as the superintendent of what is now part of Estonia. Empress Elizabeth also gave him an estate in a nearby region, complete with hundreds of serfs — peasants who were little more than slaves, as he had once been. He retired to his estate in 1762. The much-admired general known as “the black lord” died in 1781 at age 85.

Gannibal never forgot his African ancestry. When he petitioned Empress Elizabeth for the rank of nobility, he submitted a coat of arms he designed himself. The center of the design is an elephant. Beneath the elephant are the letters FVMMO. Scholars now believe the letters stand for the Latin phrase “Fortuna vitam meam mutavit oppido,” which means “Fortune has changed my life entirely.”

← Where Am I?
Nigeria Invests in Sugar Industry →