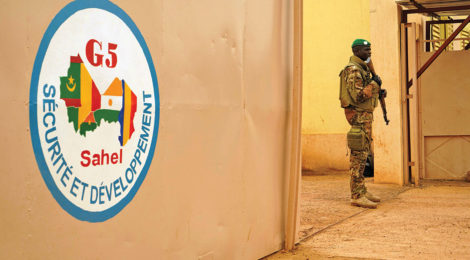 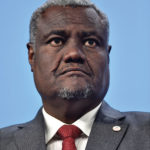 Moussa Faki Mahamat is the former foreign minister of Chad and the president of the African Union Commission.

The security challenges facing West and Central Africa are well-known. Whether it is terrorism, so prevalent in the Sahel and the Lake Chad Basin; armed rebellions and other forms of violence that are raging in some countries; piracy in the Gulf of Guinea; the persistence of all kinds of trafficking; or clashes related to cattle herding; the situation is a source of deep concern.

A number of factors create fertile ground for the persistence of this insecurity. They include climate change, such as the shrinking of Lake Chad and the silting of the Niger River; the lack of opportunities for youth; the feeling of marginalization — even outright exclusion — that inhabits large parts of our societies; and challenges faced in governance.

I welcome initiatives taken by ECOWAS and ECCAS in recent years to deal with this situation. The creation of the Joint Multinational Task Force to combat Boko Haram, the G5 Sahel Joint Force and action taken to fight maritime piracy are examples of a strong political will.

These initiatives all have paved the way for an African approach to dealing with asymmetric threats. Today’s joint summit reflects the recognition that all the efforts made so far, important as they are, are not enough. It is important to do more. The status quo is clearly untenable.

It is important that we adopt a holistic approach that addresses not only the security aspects, but also the underlying causes of the problems that arise.

Although the fight against terrorist and criminal groups must be relentless, the dialogue must respond to the legitimate concerns of people who sometimes feel that their problems are not sufficiently recognized.

We must mobilize all the necessary support for the successful completion of the African Initiative for Peace and Reconciliation in the Central African Republic; assist in the holding of transparent and inclusive elections in the Democratic Republic of the Congo; and deploy renewed efforts to hasten the end of the Libyan crisis.

It is equally important to work harder for inclusive development and poverty eradication. In this respect, projects that improve the daily lives of people must be agreed upon and carried out.

Lastly, it is essential that the envisioned actions form part of an overall dynamic of continuous strengthening of governance.

We intend, in the coming period, to articulate our efforts around the following axes:

Help achieve greater interregional synergy through the establishment of flexible security cooperation arrangements or their expansion where they exist.

Mobilize more substantial support for regional initiatives through the relevant structures of the African Union, including the African Centre for the Study and Research on Terrorism, the African Union Mechanism for Police Cooperation, and the Committee of Intelligence & Security Services of Africa.

Promote better articulation between the efforts of ECOWAS and ECCAS, on the one hand, and those of the African Union, on the other, whose instruments must serve as a global framework for counterterrorism.

Carry out more sustained advocacy at the international level to mobilize greater support for the financing of peace support operations conducted by the countries of the two regions.