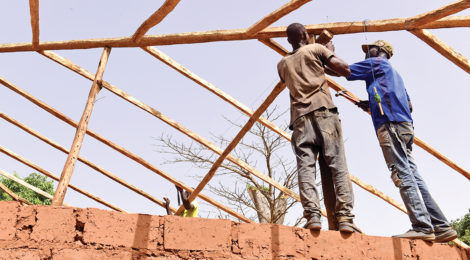 Momentum Builds for Peace in Casamance

There is reason for hope in Senegal’s Casamance region. New houses dot a landscape once dominated by abandoned ruins full of bullet holes, though the specter of a 35-year conflict still haunts its villages.

Separatist rebels of the Mouvement des Forces Democratiques de Casamance (MFDC) began fighting for independence more than three decades ago but have long ceased once-frequent attacks on the Senegalese Army.

As residents return to previously unsafe areas, many are asking when a conflict that is technically ongoing, if all but invisible, officially will end.

“I fled to [regional capital] Ziguinchor in 1991 and came back in 2006. We aren’t frightened anymore. Peace has returned,” said Yaya Sane, as a new earthen hut covered by palm wood was erected in his village, Toubacouta.

Casamance is a culturally distinct area of southern Senegal. Today, daily life in the region feels a long way from the conflict’s height when thousands were killed, maimed by mine explosions or displaced by fighting.

Driving to Toubacouta from Ziguinchor, one still passes Senegalese Army roadblocks along the edge of the area’s plentiful rice fields, but the troops have little to do these days. “The last attack on the village was in 2000,” noted Lamine Sane, who lives in the same hamlet.

Those who have long negotiated for peace say there is little stopping the two sides from holding talks, but with a tentative detente, nothing formal progresses.

“Today, there aren’t any robberies or clashes between the Army and the MFDC,” said Moussa Cisse, a community figure involved in peace efforts. “There’s nothing left but to just sit down and negotiate … to come to a definitive peace deal.”

Dakar’s interest in ending the conflict has grown since the election of President Macky Sall in 2012. The outlook for resolving Casamance’s situation permanently also has improved with the departure of Gambian strongman Yahya Jammeh in January 2017, experts say. Jammeh, whose country is surrounded by Senegal, was long accused of harboring and funding MFDC rebels.

“Certain factions don’t see eye to eye,” a source close to the rebels told Agence France-Presse, “but the majority of the MFDC has also shown willingness to bring together all of these factions and negotiate together.”

A local official told AFP that road, education and agriculture projects were all underway, with more homes and businesses on the grid than ever before. The momentum of peace, he said, was “irreversible.”

← Help is a Call Away
The Invisible Wall →