Browse: Home   /   Côte d’Ivoire Will Use Cocoa Waste for Power 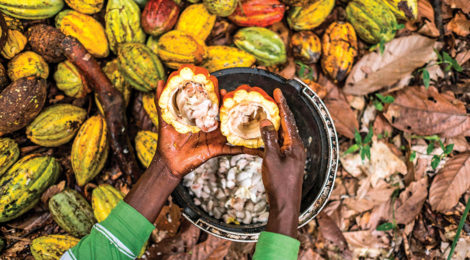 Côte d’Ivoire Will Use Cocoa Waste for Power

The plant, which will enable Côte d’Ivoire to diversify its electricity generation sources, was among five projects to receive grants from the U.S. Trade and Development Agency.

Others included a hydropower project in Kokumbo, in the central part of the country.

The biomass power station, the first in Côte d’Ivoire, would be based in the southern cocoa region of Divo. The U.S. has earmarked $1 million for feasibility studies.

Although Côte d’Ivoire produces about
2 million tons of cocoa annually, thousands of tons of pods are discarded after the beans are removed. They are left to rot or burned after the harvest.

Unlike many countries in Sub-Saharan Africa, Côte d’Ivoire has a reliable power supply. It exports electricity to neighbors Benin, Burkina Faso, Ghana, Mali and Togo and plans to extend its grid to Liberia, Guinea and Sierra Leone.

With domestic consumption rising by about 10 percent a year, the government is under pressure to boost supply at home and aims to increase installed capacity to 4,000 megawatts by 2020, from the current 2,275 megawatts.