‘From One Fire to the Next’: Africa CDC Head Describes Tenure 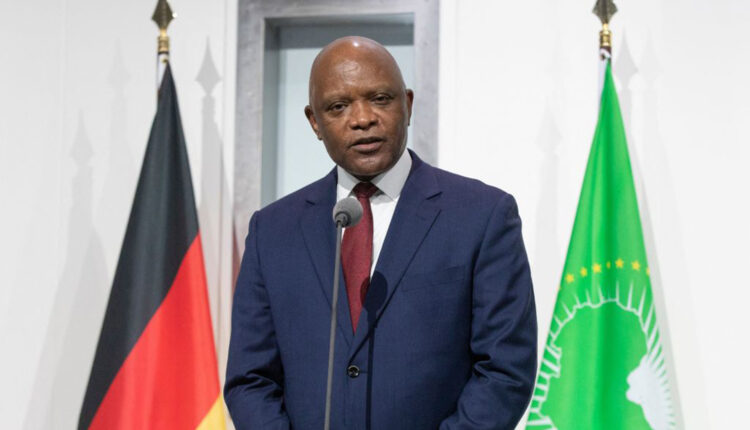 Dr. John Nkengasong, outgoing director of the Africa Centres for Disease Control and Prevention (Africa CDC), discussed lessons learned from the COVID-19 pandemic during his time leading the agency.

Nkengasong, the first Africa CDC director, dealt with several health crises on the continent, including Ebola and Lassa fever outbreaks, but he told The Guardian newspaper that when COVID-19 hit, he predicted the pandemic would be “the greatest geopolitical struggle that the continent will go through.”

Established in 2017, the Africa CDC has been praised for strengthening health systems and responding to disease outbreaks, including malaria, tuberculosis and cholera. Nkengasong described his five years as head of the Africa CDC as “going from one fire to the next.”

Under Nkengasong’s watch, the Africa CDC established the Africa Task Force for Coronavirus, which meets with the Bureau of the Assembly of the African Union Heads of State and Government to review the continent’s pandemic response.

Through that coordination, Africa established several initiatives to combat COVID-19, including the Partnership to Accelerate COVID-19 Testing in Africa, which has helped secure diagnostics, and the Africa Medical Supplies Platform, which has helped buy important medical supplies.

Although COVID-19 infections and deaths have dropped in Africa, Nkengasong cautioned that the continent still is in a “dangerous phase” of the pandemic as lax attitudes toward preventive measures and the emergence of new variants could quickly change its trajectory.

Nkengasong acknowledged that the Africa CDC works with relatively modest resources and will operate more effectively with greater autonomy. In February, the AU Assembly upgraded the Africa CDC as the continent’s independent health agency. It previously operated as a technical arm of the AU.

“The CDC has never had the luxury of sitting back quietly and building,” Nkengasong told The Guardian. “Sometimes you can have periods where you can build capacity, set up systems, then sometimes you have to build through a crisis.”

Nkengasong said he looks forward to a time when African nations don’t have to rely on other countries for medicine, medical supplies and equipment.

“Never ever should we have had to keep counting on externalities to take care of our own security needs,” Nkengasong told The Guardian. “A key pathway for collective global security is an Africa that is self-sufficient.”

To achieve that goal, experts say more investments must be made in Africa’s health care infrastructure. The International Finance Corporation (IFC) estimated that $25 billion to $30 billion in new investments will be needed over the next decade to address the continent’s health care demands.

“This is a chance to increase access to health care for millions of Africans,” Lars Thunell, IFC executive vice president and chief executive officer, said in a story on IFC’s website. “If we can get all the critical players — governments, donors, investors and providers — to leverage the private health sector and integrate it effectively with public systems, we can also greatly improve the quality of care.”

Nkengasong expressed a similar viewpoint during a 2021 interview with the media platform Devex. Describing the continent as a “resource-limited setting,” he said that Africa must “find innovative ways to generate domestic financing” to improve its health systems.

“As a continent, we cannot continue to rely on external funding to support our resilient health systems,” Nkengasong told Devex.