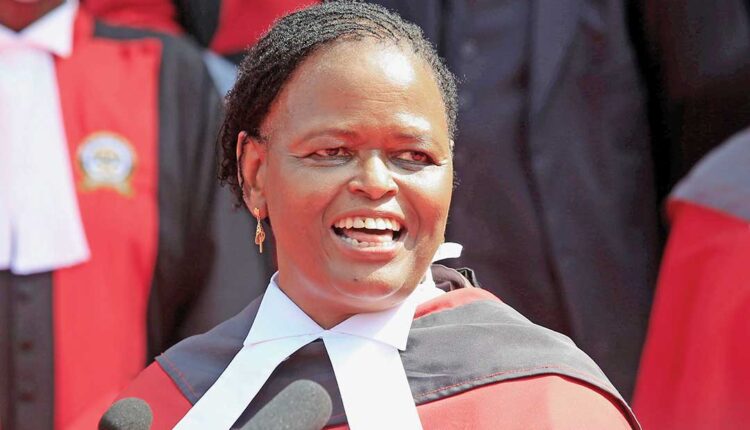 She won the chief justice position over nine other candidates, including some of the country’s most prominent lawyers and academics. The candidates were interviewed live on TV by the Judicial Service Commission in April 2021.

Koome, 61, has had a distinguished career with more than 33 years in private legal practice and as a member of the judiciary. None of the sitting Supreme Court judges applied for the position of chief justice.

Koome now faces the task of adjudicating any challenge to the upcoming presidential election scheduled for August 2022.

She studied law at the University of Nairobi, graduating from the Kenya School of Law in 1987 with distinction, and then was admitted to the roll of advocates.

Koome was appointed as a judge in 2003 and served on the African Union Committee on the Rights and Welfare of Children between 2005 and 2010. She headed the Land and Environment Division of the High Court. Koome obtained a Master of Law degree from the University of London in 2010, and in 2012 she was appointed to the Court of Appeal.

During her vetting, Koome promised to rid the judiciary of corruption and safeguard its independence.

“I am a judge who looks at society, and Kenyans will feel safe with me,” she said.