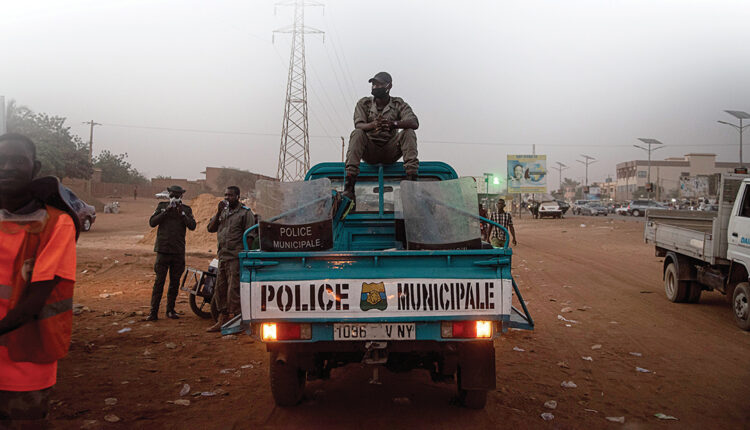 Nigerien police seized a record 17 metric tons of cannabis resin worth about
$37 million in a shipment originating in Lebanon and bound for Libya, the nation’s anti-drug trafficking agency said.

The drugs had passed through the Togolese port of Lomé before being transported by truck north to the Nigerien capital, Niamey, more than 1,000 kilometers and two border crossings away, said spokesman Adili Toro.

Officials seized the haul on March 2, 2021, from warehouses in Niamey. The traffickers had planned to transport the drugs in trucks to Libya via the desert town of Agadez, a hub for smuggling goods and migrants across the Sahara.

It is the largest cannabis seizure in Niger’s history and the first shipment of drugs known to have come from Lebanon, Toro said.

Police arrested 11 Nigeriens and two Algerians in Niamey and Agadez, he said.

The West African coastal region is seen as a frequent stopping point for drugs such as cocaine and cannabis from South America and elsewhere heading to North Africa and Europe.

Côte d’Ivoire’s security forces seized more than a metric ton of cocaine in the commercial capital, Abidjan, in February 2021.