Rhino and ivory poachers have developed sophisticated criminal syndicates. Some call them McMafias. 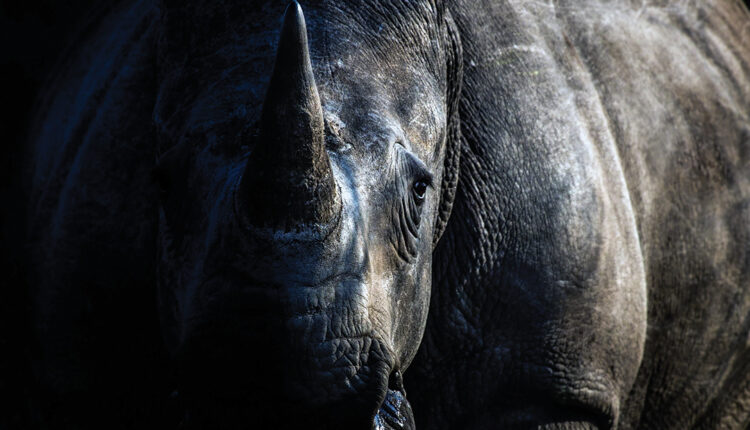 A Malawian court sentenced nine members of the Lin-Zhang wildlife trafficking gang to a total of more than 56 years in prison for dealing in endangered species in Africa.

The gang, named for its husband-and-wife leaders, was one of the world’s most notorious wildlife trafficking syndicates and had been operating out of Malawi for 10 years, conservation groups told Voice of America.

Such gangs and syndicates, also called McMafia groups, have proved to be enormously difficult to prosecute. But as some high-profile cases such as the Lin-Zhang group have shown, an honest and persistent government can exact justice.

The BBC says that such kingpins organize rhino poaching in rural communities “where the locals are desperately poor and know how to track and hunt wildlife.”

South African prosecutor Ansie Venter told the BBC how the hunters get the rhino horns:

“These majestic beasts are immobilized with high-powered hunting rifles before having their horns sawn off while still alive and conscious. They are then left to bleed slowly to death. The poachers don’t want to kill them immediately because a dead rhino will attract vultures and that, in turn, alerts the rangers.”

The International Rhino Foundation reported in 2018 that for five years, African rhinos had been poached at a rate of three per day. Recent conservation efforts have made a difference in bringing some of these species back from the brink of extinction, but even the numbers of these species are a mere fraction of what they were just 50 years ago.

All this is for something that is medically worthless. Rhino horn is used in traditional Chinese medicines, but the horn is made mostly of keratin — an ordinary substance found in hair, fingernails and animal hooves. Its curative value is based on superstition.

The Lin-Zhang syndicate’s prosecution constitutes a rare moment when all the necessary parts of a justice system came together. Max Graham of the environmental group Space for Giants described the process to the United Kingdom’s The Independent this way:

“Take a moment to think of all the steps needed to reach this point: Rangers needed training, equipping and paying to patrol the bush and get wind of the gang’s operations. Specialist investigators needed months to win the trust of informants. Police needed to run a delicate arrest operation, then gather evidence while guarding against corruption. Prosecutors needed watertight cases, and the magistrate needed to keep the trial moving and deliver an unimpeachable judgment.”

Journalist Misha Glenny’s 2008 book, McMafia, tells how these rhino-hunting kingpins established global networks. He interviewed Mark Galeotti, an expert on transnational crime in Russia, who explained that “franchised” crime syndicates have their roots in the Chechen Republic.

“The Chechen mafia became a brand name, a franchise — McMafia if you like,” Galeotti said. “They would sell the moniker ‘Chechen’ to protection rackets in other towns provided they paid, of course, and provided they always carried out their word.”

This franchise model for organized crime has since spread around the world to Asia, South America and Africa. These poaching syndicates are not limited to rhino horns; they have trafficked in other endangered wildlife, drugs, people, weapons, alcohol and cigarettes.

“Small-scale and regional-level syndicates run poaching and trafficking operations on the ground and pay poachers and couriers a modest amount for acquiring the animal parts,” the research group Poaching Facts reports. “These groups may be small but have enough resources and connections to disproportionately exploit the regional environment and local people. These syndicates are also responsible for creating or supporting trafficking networks and may also distribute weapons as well as bribe officials and police.”

Heather Merritt of the U.S. State Department has stressed that crime syndicates often “engage in multiple crime areas, and those networks may traffic in wildlife, drugs, people.” In a July 2020 news conference on a crime syndicate operating in Mozambique, she said, “Narcotics trafficking may be indirectly funding some of the terrorist networks and activities, as traffickers pay for safe passage via undergoverned spaces and through routes that have been exploited as well by terrorist entities.”

SHETANI AND THE ‘IVORY QUEEN’

Authorities arrested high-profile elephant poacher and poaching syndicate ringleader Boniface Matthew Mariango in October 2015 after an investigation that began in June 2014. He was one of the poachers featured in the documentary The Ivory Game.

Known to law enforcement as “Shetani,” a Swahili word meaning “devil,” Mariango had been the boss of at least 15 poaching syndicates and is blamed for the deaths of thousands of elephants in Tanzania and in Burundi, Kenya, Mozambique and Zambia. The BBC reported that authorities said he also supplied trucks and weapons to poaching syndicates.

When he was arrested, he was trying to smuggle 118 tusks worth more than $863,000, the World Wide Fund for Nature reported. In March 2017 a Tanzanian court sentenced Mariango to 12 years in prison. A high court rejected his appeal a year later.

Mariango was accused of supplying ivory to notorious Chinese businesswoman Yang Fenglan, known as the “Ivory Queen,” who was tried in Tanzania for trafficking more than 700 elephant tusks worth $2.5 million. In February 2019, a court sentenced her to 15 years in prison. The court also ordered that her personal property be confiscated.

Yang was singularly qualified to be a “queen pin” of Africa-to-China organized crime. She also was a rarity in that most arrests and convictions for ivory trafficking involve low-level smugglers and minor players.

Tanzania’s National and Transnational Serious Crimes Investigation Unit tracked her for more than a year. She was arrested after a high-speed car chase in October 2015 and charged with ivory smuggling between 2000 and 2014.

Yang, born in Beijing, majored in Swahili in China — she became fluent — and first went to Tanzania in the 1970s. She worked as a translator for Tazara, the Tanzania-Zambia railway project that China helped build. China Daily reported that she returned to China in 1975 when the railway was completed and worked in the Chinese government’s foreign trade department.

In 1998 she returned to Tanzania and established two businesses in one building — a Chinese restaurant on the ground floor and an investment company, Beijing Great Wall Investment, on the second floor.

By 2012 she was secretary-general of the Tanzania China-Africa Business Council. “I myself am the best illustration of China-Tanzania friendship,” she said, as reported by the BBC.

But investigators said she had a double life and with her many business and social connections had become a key link between ivory poachers in East Africa and buyers in China and other parts of Asia. She lived that dual life, officials said, for more than a decade. The Elephant Action League said Yang was “connected to various companies abroad, all Chinese-owned, and circulates in the upper echelons of Chinese citizens living and working in Tanzania.”

“When we think of a kingpin, we think of someone like Al Capone,” the league’s Andrea Crosta told the BBC. “But this was someone who mingled with the country’s elite, who blended in.”

Although much of Yang’s smuggled ivory ended up in China, her native country was quick to endorse her conviction and refused to help her.

With her skills and inside knowledge of the Chinese and Tanzanian governments, she was a textbook syndicate crime boss. She became the centerpiece of a network of corrupt local officials working with East Asian criminals. Such a combination, journalist Glenny has said, “poses a particular problem to traditional law enforcement and requires huge amounts of resources.” Even when smuggling kingpins are arrested, their power and influence makes it difficult to bring them to trial. In at least two high-profile cases, the heads of two smuggling syndicates have avoided prosecution for years.

In the case of the Ivory Queen, Tanzania found the will and resources to get a conviction.