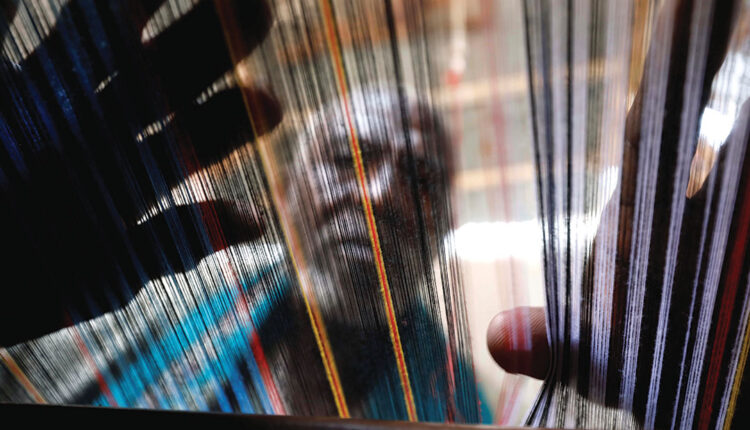 When legendary Moroccan traveler Ibn Battuta made his way into what is now Somalia between 1330 and 1332, he took note of the extraordinary woven cloth he found in the Horn of Africa.

In those days, Somalia was a major player in trade, due largely to its fortuitous position on the Indian Ocean. Its port was equal distances from Baghdad, Cairo and India. Cotton fields were common in Somalia’s Jubaland Plain, allowing Somalis to produce more than 350,000 textiles a year, according to Somalispot.com.

The traditional weaving techniques and the vibrant colors that enliven the fabrics persisted for centuries. The fabric, known as alindi, is a mainstay of women’s fashion, wedding garb and more.

Despite the quality and the painstaking effort necessary to produce the multicolored textiles, the alindi industry has fallen on hard times in Somalia. This is due chiefly to the influx of cheaper, used garments from China and other countries. Secondhand clothing is a $250 million industry that employs more than 350,000 people in East Africa, according to the United States Agency for International Development. That can be good for those who find work in the industry, but bad for those plying the traditional weaving trades.

“We decided to take up this work because we were unemployed,” weaver Mohamed Nor told Turkish news agency TRT World in October 2019. “I don’t know any other professions like masonry or carpentry. I only know how to weave. But there is less work now because cheaper clothes have flooded the markets.”

Despite the hardships, some weavers continue practicing the art.

“These clothes are much better than imported clothes, because the quality is better since they were woven by hand,” said Haji Abukar, a Somali fabric shop owner. “The market isn’t good these days, but I will keep marketing traditional clothes and also telling people they’re not expensive.”

The alindi tradition shows that even through decades of hardship, war and extremist conflict, elements of Somalia’s colorful culture live on.