Botswana Mine Yields Another Giant Diamond 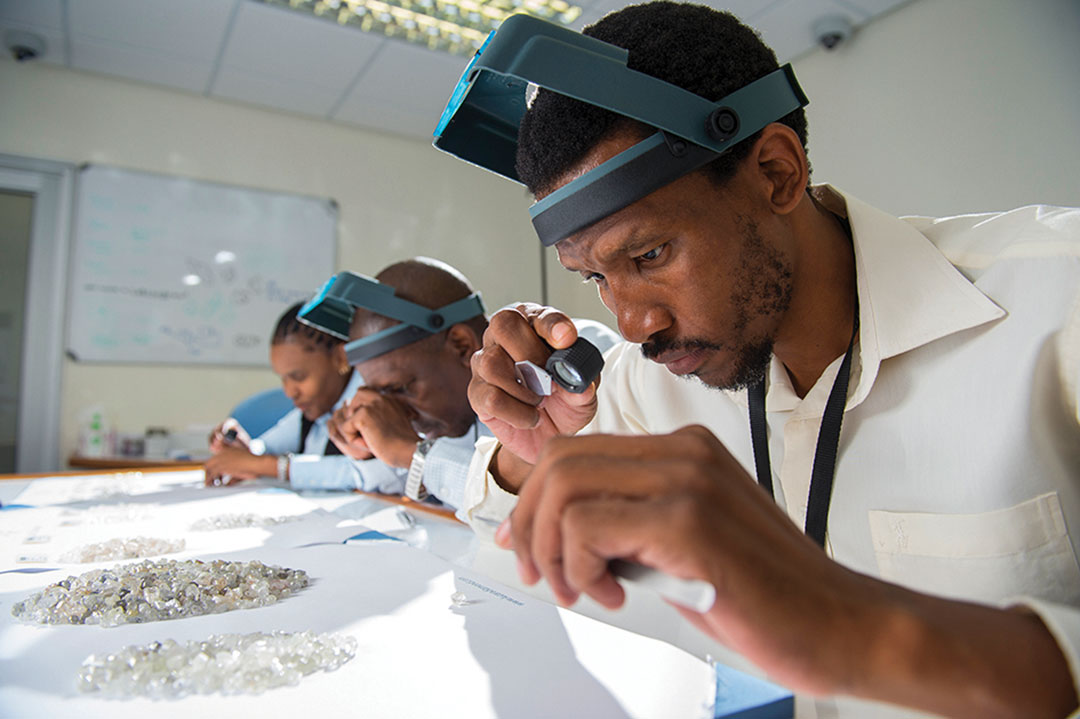 The second-biggest uncut diamond in history has been unearthed from a mine in Botswana. The 1,758-carat diamond is about the size of a tennis ball.

The biggest diamond ever discovered is the 3,106-carat Cullinan, found in South Africa in 1905. It was found before industrial mining began.

The Botswana diamond was discovered in the Karowe mine by workers for the Lucara Diamond Corp. Reports of the diamond raised the company’s stock 11%.

The diamond, which weighs close to 352 grams, will have a limited value despite its size. It has been characterized as “near gem of variable quality, including domains of high-quality white gem.”

There has been a spate of large diamond finds in the past few years, which has been attributed to new sorting machines that can process diamonds without breaking them.

Before the current process, it had been standard practice to break down any ore to 30 millimeters before putting it through the sorting machine, where its density was tested for the presence of diamonds.

Under the old process, it was possible that large diamonds were being crushed in the sorting machinery. As one mining official said, “Diamonds are incredibly hard and also very strong, but they do break.”

Mining Weekly reports that since starting the new sorting process in 2015, 12 diamonds of more than 300 carats have been recovered at Karowe, including two 1,000-carat stones, from a total production of 1.4 million carats. Of the 12 diamonds that were larger than 300 carats, half were categorized as gem quality; 11 have sold to date, generating revenue of $158 million.