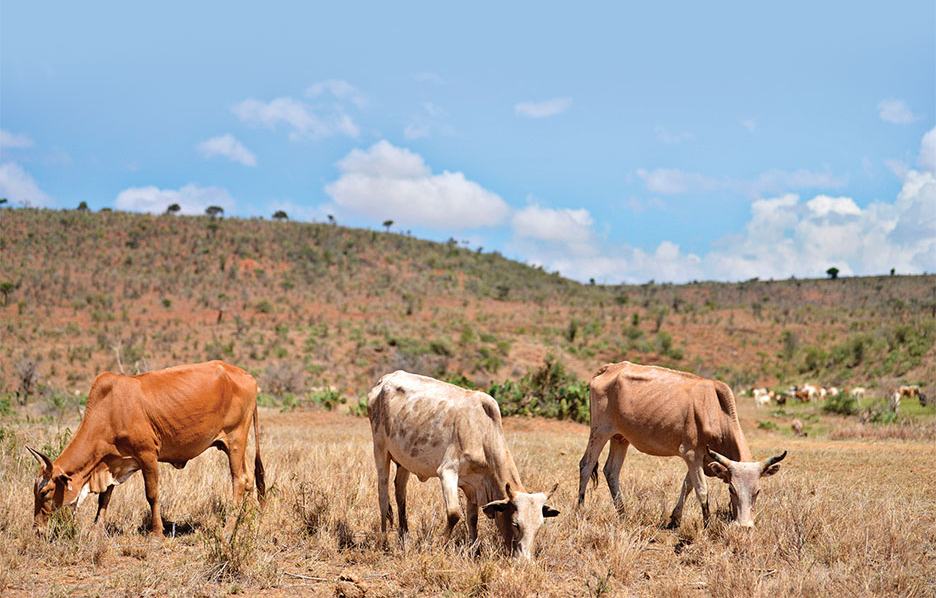 For the women of a self-help group in Tuluroba, Kenya, the goal was simple: Use their combined savings to buy cattle, fatten them and sell them to the beef industry.

But there was a problem. “We had no land to graze the cattle. Nor could we obtain a loan from a bank to buy land, because as women we do not own title deeds,” said Fatuma Wario, who chairs the 13-member group.

That is common. Few women in Kenya have land title documents, and few are getting them: Since 2013, less than 2% of issued titles have gone to women, the nonprofit Kenya Land Alliance said in March 2018.

Because getting a loan from a mainstream bank requires collateral — typically in the form of a land title document — most women are locked out of the chance to start a business.

In the end, the women of the group borrowed money from an institution that loans money to women’s groups without requiring land title. Instead, the cash from their savings underwrites the loan. In Wario’s case, that meant switching their savings account to the bank that was prepared to extend a $1,000 loan. Using that money and some of their savings, “we bought cattle and hired land to graze our stock.”

Interest on the loan is 12% per year. In their first year, each fattened head of cattle brought in a $30 profit.

The first step for Wario’s group was to become a partner with the Program for Rural Outreach of Financial Innovations and Technologies, which is funded by the U.N. International Fund for Agricultural Development and the Alliance for a Green Revolution in Africa. Officials say that about 60 women’s groups in eastern Kenyan have benefited from the program. More than 40,000 women in Kenya have benefited from noncollateralized loans. None of those loans has gone bad.

Getting a loan requires that the person be an active member of an agribusiness network. She can then apply to a farmer-lending institution for a loan as an individual — in which case her share in the agribusiness network is her collateral — or with her group, as Wario’s collective did.