Warm Hearts in a cold land 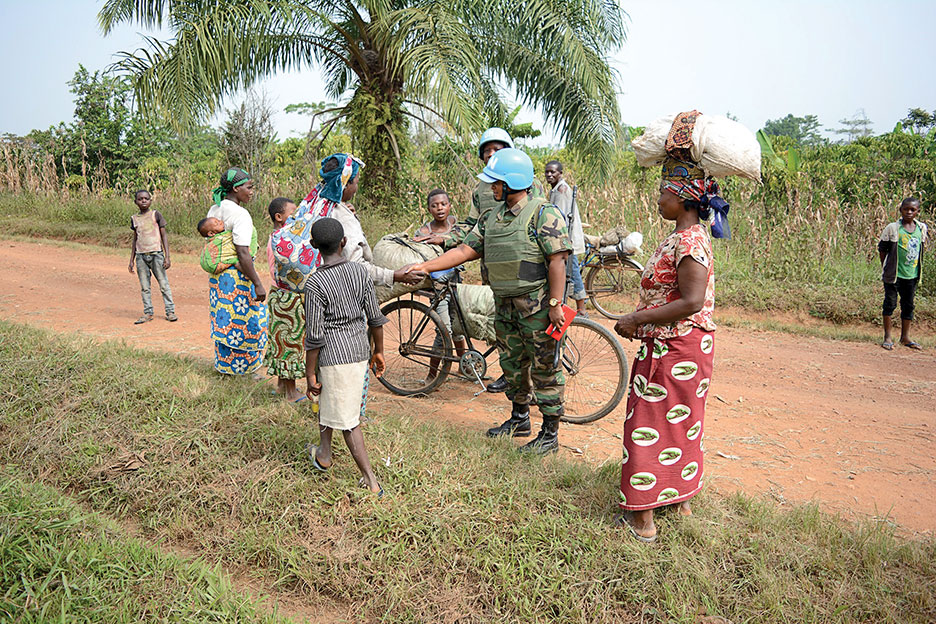 International peacekeeping in the Democratic Republic of the Congo (DRC) is entering its third decade after years of regional conflict and two multinational wars. The detritus of this unrest has left behind instability exacerbated by a mix of violent groups, especially in the DRC’s eastern region and neighboring countries.

Now the country is home to the United Nations Organization Stabilization Mission in the DRC (MONUSCO), a 21,000-strong multinational peacekeeping force that works to bring peace to the region using “all necessary means” to protect civilians, humanitarian workers and others who live under the threat of violence.

Serving in that effort are the men and women of the Malawi Defence Force, who form the Malawi Battalion, or MALBATT as it is commonly known. The 850-member battalion brings with it a warm-hearted approach rooted in Southern Africa’s ubuntu tradition, which stresses human relations, particularly that all people belong to each other in a shared sense of humanity. Malawi’s Soldiers are not just in the DRC to protect civilians, but also to attend to their needs.

The war in the DRC has ravaged societies and caused many to become displaced or flee to other countries. With that disruption has come lawlessness that inflicts pain and suffering on civilians, particularly women and children. Sustained war has left its mark on the people. Poverty, hunger and lack of medical care are the face of conflict in the DRC.

Sexual and gender-based violence also is a long-standing problem in the DRC. Violence against women and girls instills fear and can be used to coerce cooperation with armed groups. Sometimes, women or girls are raped, killed or taken as wives or soldiers. Sometimes, government security forces or local leaders take advantage and participate in the abuse. In 2018 alone, the U.N. documented 1,049 cases of conflict-related sexual violence in the DRC, although the majority of incidents go unreported.

MALBATT 5 deployed to the eastern DRC as part of MONUSCO’s Force Intervention Brigade in May 2017 after working with military trainers from the United Kingdom. The battalion rotated out in August 2018. About 50 battalion members are women. From their ranks were established two Female Engagement Teams of 10 women each.

Each team included a nurse, a clinician and a social worker. One team worked out of Sake, South Kivu. The other was based in Beni and Mavivi in the North Kivu region to focus on Mayi-Moya, Oicha and Eringeti towns.

MALBATT’s Female Engagement Teams, under the command of Col. Luke Yetala, responded to the United Nations’ call for the deployment of more women to address the needs of women and children during conflict. The importance of having women serve in multinational peacekeeping operations is promoted and supported at the highest levels of the U.N.

“Female personnel are key to the success of U.N. peacekeeping missions, as they broaden the skill set available on the ground,” said Bintou Keita, assistant secretary-general for U.N. Peacekeeping Operations, in an interview with Medium U.N. Peacekeeping. “Their presence in the field empowers women in the host communities, allows our operations to address specific needs of female ex-combatants during the process of demobilizing and reintegration into civilian life, and contributes to making the peacekeeping force approachable to women and young people in the community.” 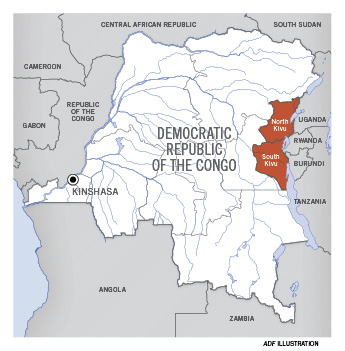 It is in that spirit that Malawi’s Female Engagement Teams work with communities in the eastern DRC to win the hearts and minds of civilians. Before deploying, team members underwent training in civil-military cooperation, influence operations and Swahili.

The women then met with key leaders in deployment areas to familiarize themselves with local issues. It is through these leaders that team members assessed the problems experienced by local women so that they could form appropriate outreach programs. They conducted needs assessments by providing medical care and through other programs.

Civilian women in conflict areas often are more comfortable around other women and are more likely to trust them with their concerns and needs. Since the Female Engagement Teams have been used, more information has emerged about the suffering of women and children in the DRC. 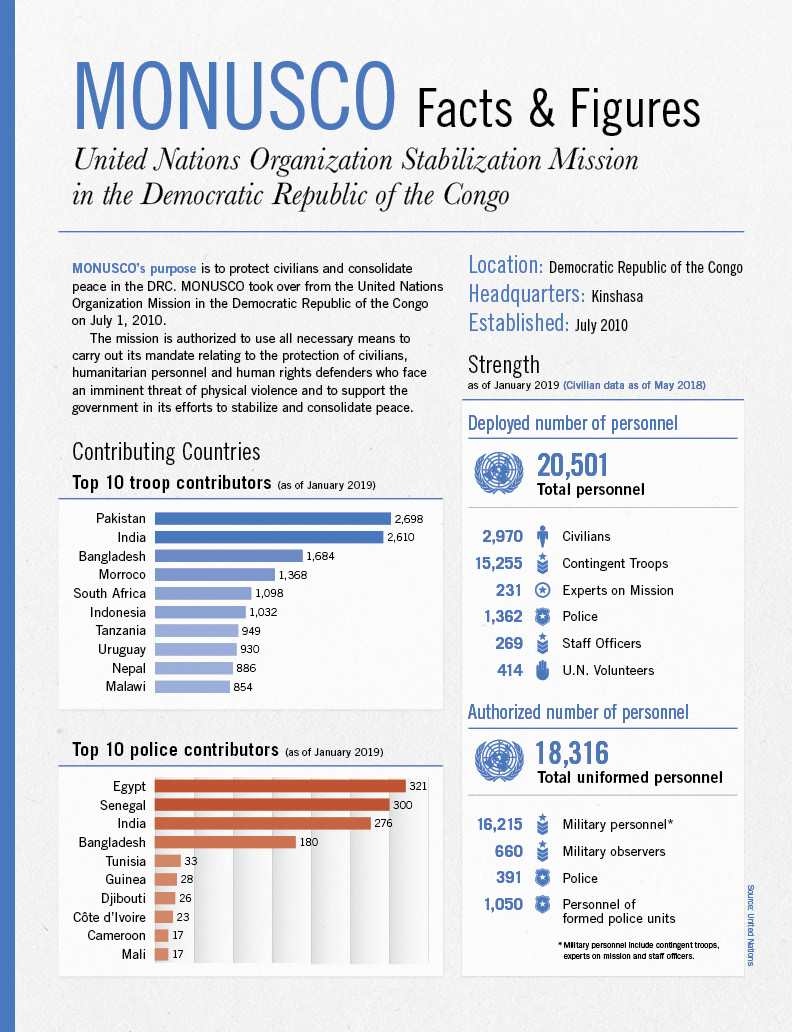 “They are able to give details and explain how they were raped, sexually harassed, even how their friends or sisters were gang raped and later killed,” said Cpl. Chipiliro Banda, a MALBATT Female Engagement Team member. “The problems that these women face are so numerous. In addition to rape and sexual harassment, the environment in general is not that safe for women and children to live in.”

The threat of violence is not the only concern for locals in the conflict zones. Food and clean water are scarce because rebels often steal what little is available. “The water they are drinking is not that safe for human consumption,” said Sgt. Mercy Dzalani, a MALBATT Female Engagement Team leader. “Good water sources are very far from safe areas, and the moment they go there to fetch water, they become prone to rape and other forms of human rights abuse.

“We are trying our level best by sensitizing them on human rights and how to report abuses,” Dzalani continued. “We also do some basic needs assessments and come up with ways of mitigating them. Some of the victims have been provided with medical care, and we will continue giving them the proper insight of how to avoid and report violence.”

Female Engagement Team members build trust and goodwill among residents by visiting village chiefs, women’s groups and local hospitals, where they work in maternity wings. They also interact with religious groups, including women’s choirs and guilds. Winning the trust and confidence of local leaders is key to mission success. It is because of that important work that they can then meet vulnerable women, hear their needs and address those needs through mobile medical outreach work and by sharing information on gender-based violence and conflict-related sexual violence.

In some cases, the team members bought uniforms for church choral groups and chairs for churches, and invited women to attend prayer and encouragement services at nearby MALBATT bases.

Despite the many challenges and dangers of the eastern DRC, members of the Female Engagement Teams bring peace and hope to civilians by meeting their needs with tenacity and a positive attitude. They are making a difference, and local civilians are noticing.

“In the past we could not visit our gardens, go to work or conduct any business activity because of violence from the Allied Democratic Front,” Pascal Muhindo, manager of Radio Motto in Oicha, said of one of the many active armed insurgent groups. “But since MALBATT and their sister units deployed in the Beni to Eringeti axis, much has improved.

“We have seen locals visiting their gardens, I go to work daily, children and women are being taken care of, and we at least get some medical care from MALBATT.” 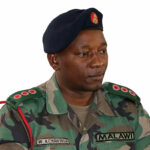 Capt. Wilned Kalizgamangwere Chawinga is a staff officer in the Malawi Defence Force. He joined the force in 1996, took basic military training at the Malawi Armed Forces College (MAFCO) and graduated in 1997. From 2000 to 2004, he trained as a journalist and was deployed to the Democratic Republic of the Congo and then Côte d’Ivoire as a public affairs assistant. He was commissioned to the rank of lieutenant in 2013 after conducting a cadets training at MAFCO. From 2015 to 2016, and again from 2017 to 2018, he deployed to the DRC and worked as a public information officer. He is married with three children.

A Life Given in the Name of Peace

Armed rebels with the Allied Democratic Forces were entrenched near Beni city in the eastern Democratic Republic of the Congo (DRC). From there, the deadly militia launched attacks, including assaults on Ebola treatment centers.

On November 13, 2018, a combined effort of the Armed Forces of the Democratic Republic of the Congo (FARDC) and United Nations peacekeepers fought to root out the rebels in Kididiwe, about 20 kilometers from Beni in North Kivu province during Operation Usalama.

A fierce battle raged as Malawian peacekeepers provided cover fire so Tanzanians could advance to safer ground. Tanzanian peacekeeper Cpl. Ali Khamis Omary was hit by gunfire. Pvt. Chancy Chitete of Malawi, who served in the United Nations Organization Stabilization Mission in the DRC, saw that Omary remained exposed to enemy fire. In a moment, he decided to act.

As Chitete pulled his comrade to safety and administered first aid, Chitete was fatally wounded. For his heroism, the United Nations awarded Chitete the Captain Mbaye Diagne Medal for Exceptional Courage on May 24, 2019, during the International Day of U.N. Peacekeepers ceremony at U.N. Headquarters in New York.

The U.N. established the Diagne Medal in 2014 “to recognize uniformed and civilian personnel who demonstrate exceptional courage.” The award is named for a Senegalese U.N. peacekeeper who saved hundreds of people in 1994 during the Rwandan genocide before he was killed.

Chitete is only the second person to receive the medal. The first was presented posthumously to Diagne’s family during the award’s inauguration in May 2016.

The battle at Kididiwe killed eight peacekeepers — seven Malawians and one Tanzanian, according to The Associated Press. Ten other peacekeepers were injured, and at least a dozen FARDC Soldiers were killed. Several rebels were captured.

Omary, the wounded Tanzanian peacekeeper, was evacuated to safety and later eulogized his fallen comrade. “Pvt. Chitete saw that I was struggling, exposed and at the rate at which the rebels were closing in on us, I was in danger and could be killed. He then decided to leave his position to where I was to move me to a safer position,” Omary wrote. “I owe Pvt. Chitete a lot for risking his life to save me.”

During the ceremony, U.N. Secretary-General António Guterres said that the “world doesn’t have many true heroes,” but that Pvt. Chitete was “indeed one of them.”

“Pvt. Chitete’s selfless heroism and sacrifice helped the peacekeepers achieve their objective and dislodge the militia from its stronghold, and that was vital for the Ebola response to go on,” Guterres said. “He personally made a difference. A profound one.

“We could not have found a more deserving recipient.”