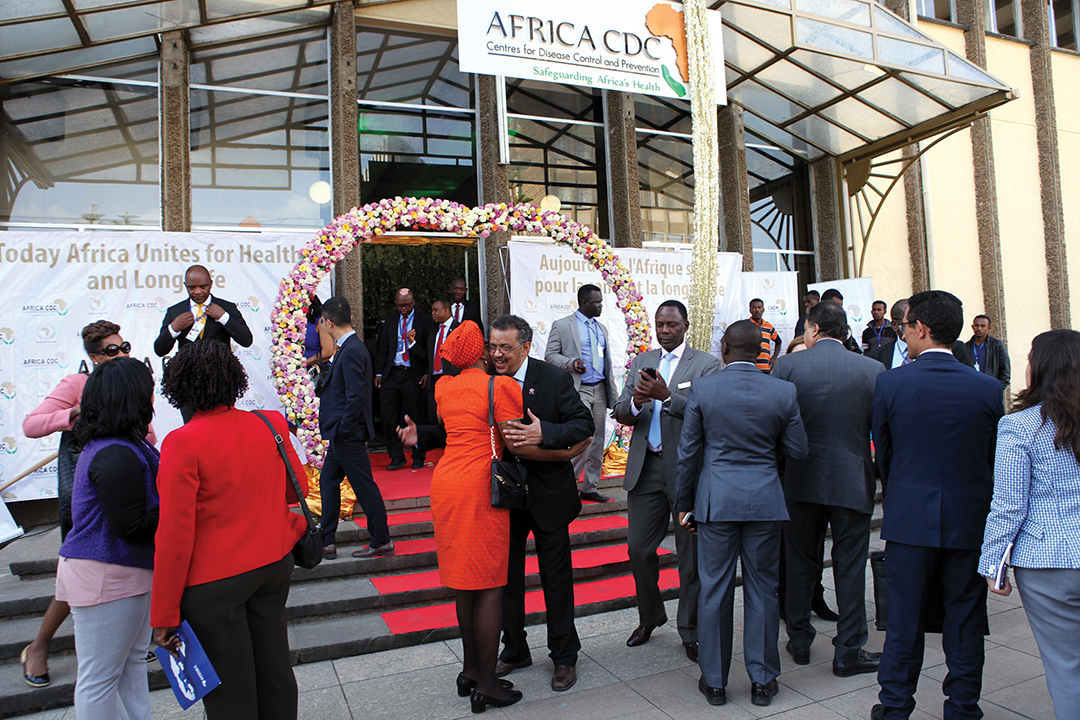 Although outbreaks of emerging and re-emerging infectious diseases have surfaced all over the globe, no continent has been harder hit than Africa.

The Ebola epidemic was West Africa’s first real experience with the virus. What began as an epidemic outbreak quickly escalated into a humanitarian, social, economic and security crisis. Schools, markets, businesses, airlines, shipping routes and borders closed. The epidemic claimed the lives of more than 11,300 people and infected more than 28,500, bringing devastation to families, communities, and the health and economic systems of the three most affected countries [Guinea, Liberia and Sierra Leone].

As of August 4, 2016, 3,867 suspected cases of yellow fever had been reported in Angola, of which 879 were laboratory confirmed. The total number of reported deaths is 369, of which 119 were reported among confirmed cases.

As of August 8, 2016, the Democratic Republic of the Congo (DRC) had reported 2,269 suspected yellow fever cases. Out of 1,943 samples analyzed in the DRC, 74 cases were confirmed, including 16 deaths.

Since the mid-1970s, the world has seen the emergence of 30 new infectious diseases and the return of such killers as malaria and cholera — many of them originating in Africa.

A major lesson learned from the Ebola outbreak is the need for the AU to put in place a program to build Africa’s capacity to deal with public health emergencies and threats in the future. Disease surveillance, detection, and emergency preparedness for health and natural disasters and response are vital. Therefore, capacities and systems most needed to prevent, detect and respond to public health threats must be reinforced to ensure that in the medium to long term, African countries attain and possess all International Health Regulations (IHR) capacities and systems. It is in this context that the AU fast-tracked the establishment of the Africa Centres for Disease Control and Prevention (Africa CDC) and seeks to ensure that the Africa CDC is operational in its full capacity in the next couple of months. The Africa CDC will partner with the World Health Organization and other relevant stakeholders to assist our member states to address gaps in IHR compliance, complementing one another and ensuring effectiveness.