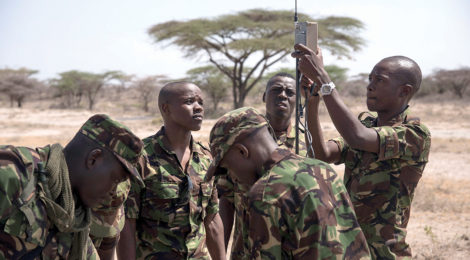 The future of warfare and peacekeeping is all about finding smarter, more precise and more effective ways to use military might. Technology will play a major role in this. Tech tools that are new today will become integrated into the daily life of the warfighter tomorrow.

Change is constant. Cellphones, computers and GPS devices were unheard of on the battlefield 20 years ago. Now they are essential to the planning and execution of military missions. The next generation of technology will be no different.

It is incumbent on Soldiers, peacekeepers and police officers to embrace this technology. If they don’t, their adversaries will.

In many places, technology already is making a difference. In the United Nations mission in the Democratic Republic of the Congo, unmanned aerial vehicles (UAVs) are giving peacekeepers an eye in the sky, allowing them to better use limited resources to protect civilians. Along many of the continent’s rugged borders, guards are using radar, cameras and satellites to stop illegal crossings. In peacekeeping missions, Soldiers and police are using high-tech tools such as small quadcopter UAVs for surveillance.

Although technology can serve as a force multiplier, one thing is clear: There is no substitute for well-trained security personnel. These new tools will not replace Soldiers; they simply will help them do their jobs more effectively. By learning about tomorrow’s technology today, we all can be prepared for the challenges and the opportunities of the future.