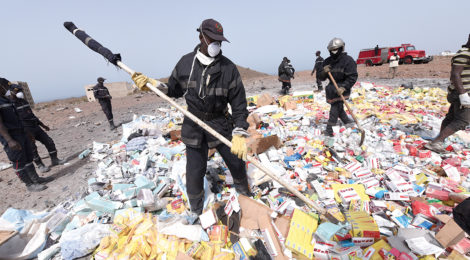 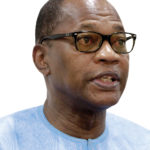 Dr. Mohamed Ibn Chambas of Ghana is the United Nations secretary-general’s special representative and head of the U.N. Office for West Africa and the Sahel. He spoke on September 19, 2016, in New York. His remarks have been edited to fit this format.

Allow me to commend the Economic Community of West African States (ECOWAS) Commission, ECOWAS member states and Mauritania, and the U.N. Office on Drugs and Crime (UNODC) for their constructive collaboration that led to the development of two complementary programs. This is a clear indication that there continues to be a close coordination and collaboration between the U.N. and the ECOWAS in the definition of strategic objectives, as well as programming, to assist member states in the fight against illicit trafficking and organized crime.

Throughout the development of the ECOWAS Regional Action Plan 2016-2020, member states have renewed their commitment to combat illicit drug trafficking, organized crime and drug abuse. I congratulate them for their determination: This, indeed, is the most auspicious signal they could provide to their population — in particular the youth — who too often fall victim to drugs or to criminal activities related to them.

The fight against illicit trafficking and drug-related crimes contributes to improving the overall conditions for peace and security in the region. This is the core of the mandate of the U.N. Office for West Africa and the Sahel, which I lead.

We are all too aware that illicit drug trafficking and related organized crime is an evolving threat — its corruptive power is devastating. It claims lives and destroys the fabric of society on the African continent and beyond. We cannot emphasize too much the necessity to unite our efforts to reduce the impact of drug-related crimes.

Drug trafficking is a global issue for which no region has yet the perfect solution. As a blatant reminder of what is at stake, in January 2016, Bolivian authorities seized more than 8 tons of cocaine destined for Côte d’Ivoire. In March, not less than 500 kilograms of cocaine were seized off the coast of Cape Verde. In the port of Dakar, Senegal, over $380,000 in counterfeit medicines were seized. More cooperation, information exchange, and combining regional and international expertise could be pioneering a solution for West Africa, which could be replicated elsewhere.

Given the transnational dimension of drug-related crimes and the linkages with terrorism, maritime crimes and corruption, the ECOWAS Regional Action Plan 2016-2020 and the UNODC Regional Programme provide for a common approach that will facilitate concerted activities on the ground. I appeal to member states, in this regard, to commit sufficient resources for the implementation of those plans. Strengthening cooperation among law enforcement agencies is a requirement.

Let me commend the international partners, including the European Union, for the support they have provided to these initiatives. I encourage other donor countries and relevant stakeholders to join and support the rollout of the ECOWAS Action Plan.

I thank UNODC for the technical support and leadership it has provided on the issue and for having put together the event that brings us together today. I assure you of my personal commitment to support the efforts of ECOWAS and the member states to achieve the objectives set out in the Action Plan.