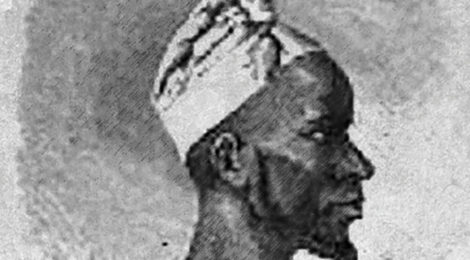 I teach kings the history of their ancestors, so that the lives of the ancients might serve them as an example, for the world is old, but the future springs from the past.

Those are the words of griot, or storyteller, Djeli Mamadou Kouyaté, in the opening part of a spoken history of Sundiata Keita, the first ruler of the Mali Empire. The spoken history, passed down by Mandinka griots for 800 years, is called Epic of Sundiata.

No oral history is completely accurate, but the epic is supported in part by the writings of Muslim travelers who visited the empire, in what is now Mali and Senegal.

The epic begins about 1200 A.D., with a prophecy that greatness would come to a descendant of a chief named Maghan Kon Fatta. But the prophecy could only be fulfilled if the chief married a particularly ugly woman. When two hunters presented a hunchbacked woman with “monstrous” eyes to Maghan Kon Fatta’s court, he remembered the prophecy and took the “buffalo woman” as his second wife. In 1217, she bore him a son, Sundiata Keita, who was unable to walk as a child and was described as dull and stupid.

Maghan died when Sundiata was 7, and Sundiata’s half-brother became the chief. Most renditions of the epic say that Sundiata and his mother feared how they would be treated by the new chief, so they went into exile. By this time, Sundiata had begun to thrive. The epic says that at the age of 10, Sundiata “was a lad full of strength; his arms had the strength of 10 and his biceps inspired fear in his companions.”

Sundiata and his mother moved to the court of the chief of Mema, a small kingdom to the east. Sundiata quickly became a favorite of the chief, who appointed him his second in command.

When Sundiata learned that his home tribe had been conquered by a neighboring king, he went to war, using half of Mema’s army and forming a coalition of neighboring kingdoms.

In battle, Sundiata is said to have killed the invading king with a poisoned arrow. The victory marked Sundiata’s first step in establishing what was to become the Mali Empire, a prosperous region of West Africa.

By this time, he was known as “the Lion King.”

The griot’s epic describes Sundiata as smart and strong. The many leaders who had come before him had been better at conquering than governing, and Sundiata wanted something more enduring. He knew that his empire needed to be self-sustaining, so he made sure his farmers grew crops that included beans, rice, and later, cotton. He ran his empire like a legislature, with each tribe having a representative in his court. He combined his Muslim faith with the local religions and became known as a man possessed of powerful magic.

He died about 1255, with the oral tradition of his story already taking root. His successors continued to build his kingdom, from the Atlantic Ocean to the Niger River, north to the Sahara and south to the Gulf of Guinea. The kingdom began to decline about 1400.

Today, the Epic of Sundiata is part of the culture of the republics of Mali, The Gambia, Guinea and Senegal. It is taught to children in history classes. Griot Djeli Mamadou Kouyaté concluded his telling of the epic by saying that even a great leader like Sundiata could not know all the secrets and wisdom the griots themselves possessed:

Everywhere I was able to see and understand what my masters were teaching me, but between their hands I took an oath to teach only what is to be taught and to conceal what is to be kept concealed.

← Where Am I?
Ethiopian Airlines Looks to Expand →