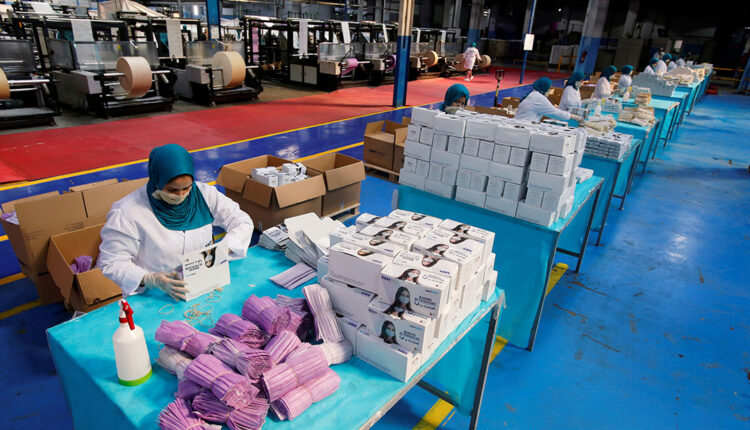 More than six months have passed since the World Health Organization (WHO) first identified the virus known as SARS-CoV-2. In that time, the virus has spread to every country in the world, infecting more than 8 million people, killing more than 438,000, and pulling the rug from beneath much of the global economy.

African countries were slow to feel the impact of COVID-19, the respiratory disease caused by the virus. Nigeria reported Sub-Saharan Africa’s first cases of the disease on January 28. But it accelerated rapidly from there, taking 98 days to reach 100,000 cases, but only 18 days to reach double that number, according to WHO.

By mid-June, the continent’s 54 countries all had reported some contact with the disease, bringing the total cases to more than 242,000, according to the Africa Centres for Disease Control and Prevention.

“For now, Africa still only accounts for a small fraction of cases worldwide,” Dr. Matshidiso Moeti, WHO regional director for Africa, said at a press conference on June 11. “But the pace of the spread is quickening. Swift and early action by African countries has helped to keep numbers low, but constant vigilance is needed to stop COVID-19 from overwhelming health facilities.”

With 17% of the world’s population, the continent of Africa currently reports about 3% of the world’s cases of COVID-19 and 1% of the total deaths. Getting a precise count has been a challenge, due in part to the scarcity of testing.

Reported infections and deaths are not spread evenly across the continent. Moeti reported that 10 of Africa’s 54 nations account for 80% of reported virus transmission to date. Up to now, most reported cases have appeared in densely populated cities— typically national capitals — but the virus is being documented in the rural areas beyond cities, Moeti said.

Central African Republic, Ethiopia, Mauritania, South Sudan and Zimbabwe have shown the fastest rate of transmission, according to Moeti’s office. Malawi and Namibia have reported clusters as nationals continue to return from affected countries. And three new countries — Cabo Verde, Ethiopia and Uganda — reported health worker infections. On June 15, WHO’s office in Mauritania reported on Twitter the arrival of masks and medical supplies donated by neighboring Morocco. Morocco has sent similar supply flights to many of the countries on WHO’s list.

South Africa leads the continent in infections, followed by Nigeria, Ghana and Algeria. South Africa has the continent’s best health care system, but it also is home to millions of people at risk of COVID-19 infection due to preexisting health issues such as HIV and tuberculosis.

“The people who were struggling before are now doubly at risk,” Claire Keene, medical coordinator for Doctors Without Borders (MSF), told National Geographic. MSF runs a field hospital with local health authorities in the community of Khayelitsha, part of the Cape Town metropolitan area.

The Western Cape region has become South Africa’s worst COVID-19 hot spot. On top of that, Khayelitsha has the region’s highest concentration of tuberculosis patients and a large number of people living with HIV. The demanding response to COVID-19 has pushed aside work with HIV and TB patients, MSF officials say.

Furthermore, a positive COVID-19 test carries a stigma, so many people in the region are avoiding tests, potentially becoming unknowing vectors for the virus, MSF officials say.

“It’s going to take us years to recover what we’ve lost in the past few months,” Gavin Churchyard, CEO of the Aurum Institute, a Johannesburg-based research and health nonprofit, told National Geographic.

The state of things

With health care systems across the continent having limited capacity, Africans have begun developing solutions to the COVID-19 problem.

Early on, many African nations switched from being net exporters to importers as the demand for medical supplies outstripped local supplies. But even that has started to change as South Africa and other nations ramp up production of masks, hand sanitizer, and other crucial tools in the fight COVID-19 and trade those products among themselves.

Thanks to decades of experience stanching epidemics such as Ebola, African nations responded early and quickly to the outbreak of COVID-19 with testing, contact tracing and other epidemiological tools. But as the virus continues to spread, the strain on the continent’s health infrastructure is showing.

One possible harbinger of things to come: On June 14, Botswana’s capital went back into lockdown as a result of rising infections after easing restrictions in May. The country has seen relatively few COVID-19 cases compared to its neighbors.

In a televised address, Director of Health Services Malaki Tshipayagae announced four new imported cases at Botswana’s borders and eight at a private hospital in the capital, Gaborone. That brought Botswana’s cumulative COVID-19 cases to 60, he said.

“Even though these cases in Africa account for less than 3% of the global total, it’s clear that this pandemic is accelerating,” Moeti said in her June 11 briefing.