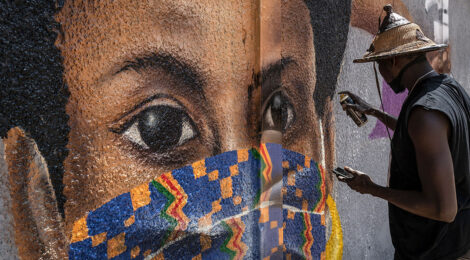 Senegal continues to take dramatic steps in fighting the coronavirus, with researchers beginning validation trials on a COVID-19 diagnostic test that can be done at home. The test, expected to be a blood prick, can produce results in as little as 10 minutes and could cost as little as $1.

The country has been notably aggressive in taking on the virus. It was the first Sub-Saharan nation to close its schools.

Al-Jazeera reported that Senegal is working with scientists in the United Kingdom to manufacture the tests in Senegal and the U.K. If the trials are successful, the tests could be distributed across Africa as early as June 2020.

The project is spearheaded in Senegal by the Pasteur Institute in Dakar, a research facility that has battled disease for more than a century. The institute previously has worked on vaccines for yellow fever and dengue. The tests will be manufactured at DiaTropix, a new facility in Senegal.

“There is no need for a highly equipped lab, it’s a simple test that can be done anywhere,” Dr. Amadou Sall, head of the Pasteur Institute, told Al-Jazeera. “The idea is to rapidly produce 2 to 4 million kits, not just for us, but for other African countries so we can detect and isolate patients quickly.”

Public Radio International (PRI) reports that the institute is working in partnership with a British biotech company called Mologic. Together, the institute and Mologic are working on two kinds of tests; a saliva swab for people who think they’re infected, and a finger prick for people who want to know if they’ve had previous exposure to the virus.

About 60% of sub-Saharan Africa is rural, so reaching remote, rural populations is one of the biggest challenges to widespread testing in Africa.

“In an African context, where you need to reach a remote population and a lab is not well-equipped, this is a huge advantage,” Sall told PRI.

The Senegalese team helped the World Health Organization through the region’s Ebola epidemic from 2014 to 2016. It was one of the first two labs on the continent to be able to identify the coronavirus, fielding samples from other countries. Forty-three of Africa’s 54 nations now have diagnostic tools.

Researchers say the Dakar site initially will be able to produce 4 million tests annually and is in talks to set up more manufacturing sites in other parts of the continent.

The Washington Post reported that more than 200 companies are working to develop similarly speedy tests, with the Foundation for Innovative New Diagnostics in Geneva tracking their progress. None of the tests has yet met the international standard of shelf life and accuracy.