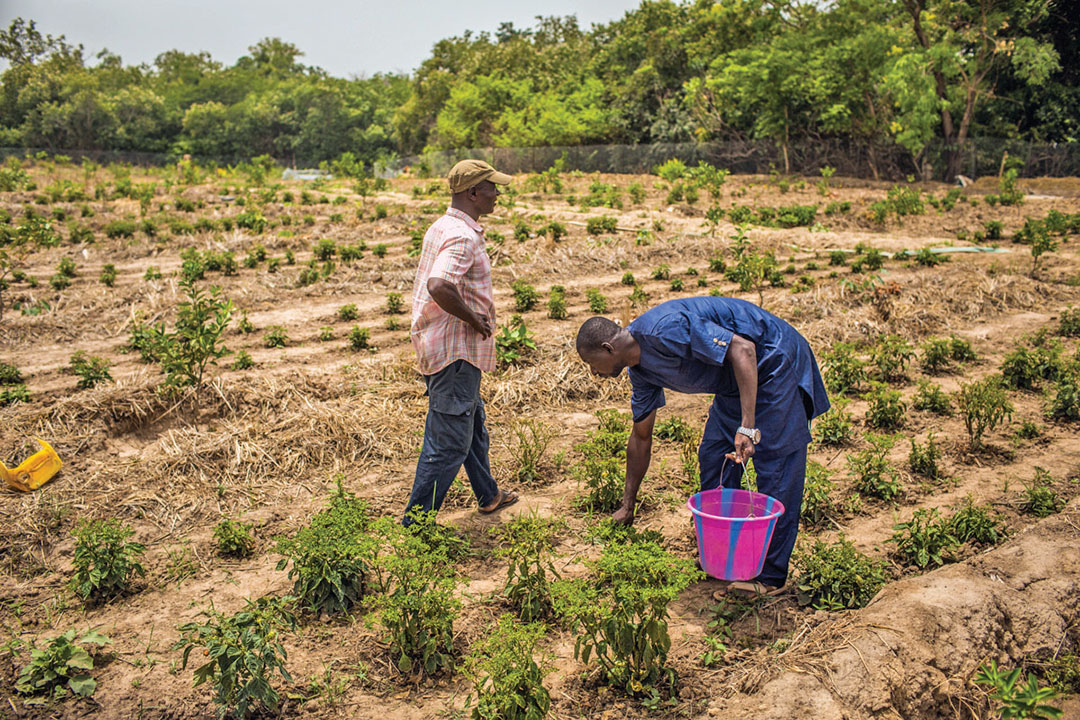 Ousmane Diallo is a 35-year-old university graduate with a degree in sociology. He owns
8 hectares of farmland in Mandiana, one of the most remote places in Guinea, about 730 kilometers east of the capital, Conakry. Mining companies operate in the area, where artisanal mining provides an income to more than 80 percent of the local population.

Unlike his peers in the mining sector, Diallo decided to invest in agriculture when he could not find a job, because he “understood the agricultural potential of the region.”

When he started farming in 2014, he focused on rice, maize and vegetables to meet the high demand. Initially he had poor results because the seeds he used yielded different varieties of the same crop. However, with support from the West Africa Agricultural Productivity Program, Diallo was able to produce 2 tons of rice per hectare in 2018, compared to less than half that four years earlier.

The program is a regional project initiated by the Economic Community of West African States. The program has been implemented in 13 member countries.

Through revenue obtained in agriculture, Diallo diversified his activities and now owns a water packaging and distribution operation. He employs about a dozen workers full time and another dozen seasonally.

With an initial grant of $9 million, the program in Guinea has contributed to improving the living conditions of seed producers by creating a gross added value of 4 million Guinean francs (about $440), in income per hectare of rice a season.

“At first, I had no experience and resources,” Diallo said. “People thought I was crazy for getting involved in agriculture, but now I am proving them wrong. I am currently working on expanding my operations to make them more industrial and include livestock breeding. My objective is to inspire and train other young people.”