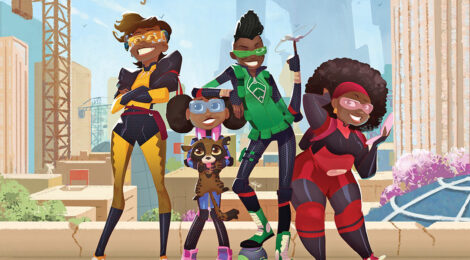 The series, Mama K’s Team 4, revolves around four teenage girls who are recruited by a retired secret agent to save the world. The series is set in a futuristic version of the Zambian capital of Lusaka.

Mulendema grew up watching cartoons and found herself asking why no heroes looked like her and why they didn’t live in a world that felt like her own.

“In creating a superhero show set in Lusaka, I hope to introduce the world to four strong African girls who save the day in their own fun and crazy way,” she said. “Most importantly, I want to illustrate that anyone from anywhere can be a superhero.”

Triggerfish is the largest and most-awarded animation production company in Africa. Its first two animated features, Adventures in Zambezia (2012) and Khumba (2013), are two of the five top-grossing South African movies of all time and have been translated into 25 languages. Triggerfish also animated four award-winning BBC Christmas specials set in England, including the Oscar-nominated Revolting Rhymes.