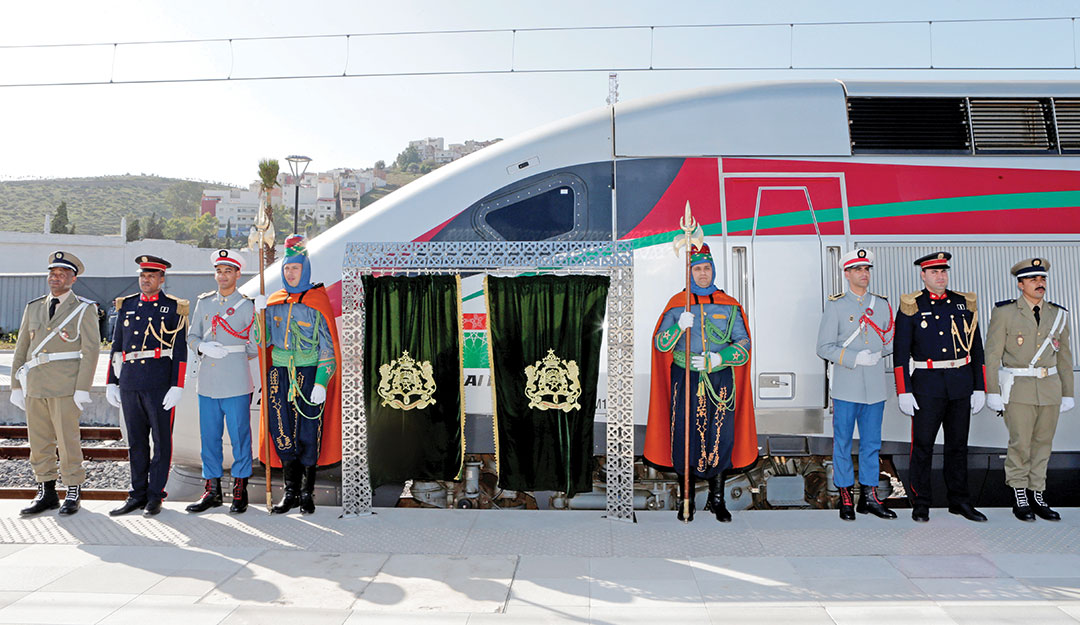 Morocco has inaugurated Africa’s fastest train, which promises to cut in half the traveling times between the commercial and industrial hubs of Casablanca and Tangier.

King Mohammed VI and French President Emmanuel Macron boarded the train for the inaugural trip from Tangier to the capital, Rabat, in November 2018. The train ultimately will run at 320 kilometers per hour, greatly reducing the time it takes to make the 200-kilometer journey between the two cities.

It is about twice as fast as South Africa’s high-speed Gautrain, which links Johannesburg’s international airport to the city’s financial district of Sandton.

The trains are designed to suit Morocco’s climate and environment and are capable of carrying 533 passengers.

The trains are equipped with the latest features to ensure passenger comfort. They also feature bilingual digital passenger information systems, offering information in Arabic and French.