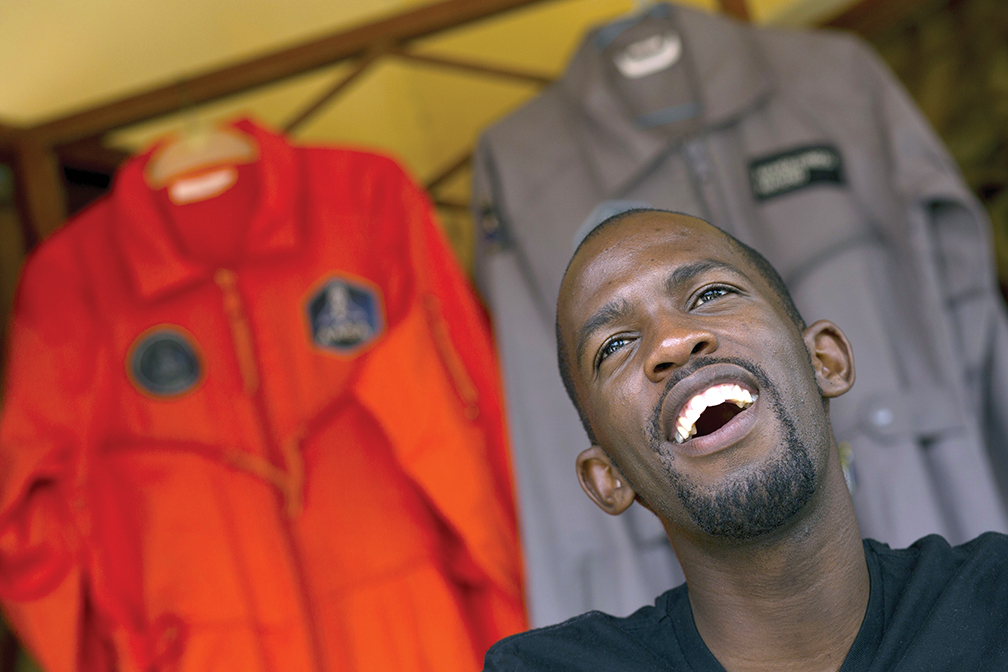 Man Poised to be First Black African in Space

Mandla Maseko, 25, of the Mabopane district near Pretoria, South Africa, will fly 103 kilometers into space in 2015 after winning a competition organized by a United States-based space academy. He beat 1 million other entrants from 75 countries to be selected as one of 23 people who will travel on an hourlong suborbital trip on the Lynx Mark II spaceship. The former civil engineering student will experience zero gravity and a journey that normally costs $100,000.

Maseko, who still lives at home with his parents and four siblings, was named one of the winners on December 5, 2013, a few hours after the death of Nelson Mandela.

The part-time party DJ’s improbable journey began with a leap from his house’s 2-meter perimeter wall. The initial entry requirement was to submit a photograph of himself jumping from any height. He secured his seat after grueling physical and aptitude tests in the contest organized by AXE Apollo Space Academy and sponsored by Unilever and Space Expedition Corp.

His family says they never doubted Maseko would be a high-flier. “I don’t know what comes after space,” said his sister, Mhlophe, 18. “I’m sure if there was something, he would go.”

His long-term plans are to study aeronautical engineering and qualify as a space mission specialist with the ultimate dream of planting the South African flag on the moon.

South African Science and Technology Minister Derek Hanekom sees Maseko “as a role model to the future generation of space professionals and enthusiasts.”

Maseko spent a week at the Apollo Space Academy at Kennedy Space Center in the United States, where he skydived and took air combat and G-force training. For Maseko, the experience was magical. “This is how it feels to be out in space,” he recalls thinking.

In 2002, Mark Shuttleworth of South Africa became the first citizen of an African nation to be launched into space when he paid to be a space tourist and spent eight days aboard the International Space Station.

The Power of People