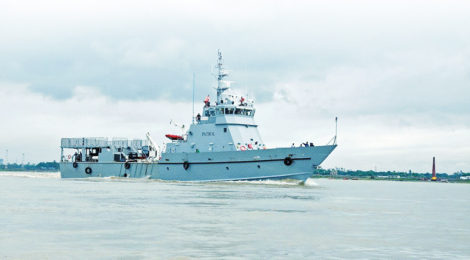 The Kenyan government has asked Parliament to pass a bill to establish the Kenya Coast Guard Service, a maritime security force that would operate on the high seas to prevent maritime crimes such as robbery, piracy and trafficking.

The bill would allow the service to be partially staffed by civilian professionals from the Public Service Commission. Trained security service personnel drawn from the police, Army and intelligence services would form its rank and file.

The service, which will be commanded by a director general, primarily will be deployed to fight crime in Kenyan territorial waters but could help the Kenya Defence Forces protect national security and sovereignty in times of war.

The service also will conduct disaster relief operations and search-and-rescue missions. It will replace the Kenyan Police Service in the provision of security at seaports nationwide. Other areas of responsibility include the protection of archaeological or historical maritime sites, enforcing sanitation measures, and pollution control.

Meanwhile, the Kenyan Ministry of Agriculture, Livestock and Fisheries says the 54-meter-long offshore patrol vessel MV Doria acquired from JGH Marine A/S of Bangladesh in 2017 will start operations in 2018.