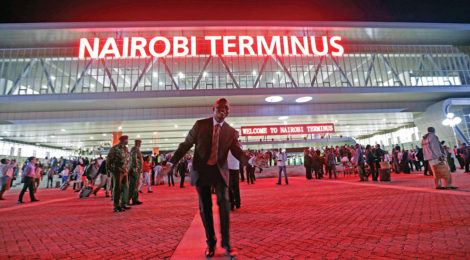 East African leaders have agreed to build a railroad and highway network to improve regional travel, trade and security.

In their 14th meeting on the plan in mid-2018, representatives of eight countries gave Kenya the go-ahead to continue building its standard-gauge railways to the Uganda border. Kenya is finishing the second phase of the rail line between Nairobi and Naivasha.

Kenyan President Uhuru Kenyatta told his counterparts that plans are underway to extend the line.

Uganda and Rwanda also are planning to extend railway connections to the countries after Kenya completes its part.

The meeting also included plans to establish a single customs territory and reduce the number of weigh bridges and police checks to speed up the delivery of goods in landlocked countries such as Burundi, Rwanda, South Sudan and Uganda.

After oil discoveries in Kenya and Uganda, the leaders agreed to come up with a joint refinery model to ease petroleum exports.

The southern corridor network, which connects Tanzania to Burundi, Rwanda and Uganda also is under construction. Countries in the region are focusing on at least 16 infrastructure projects, with the goal of transforming the region socially and economically.