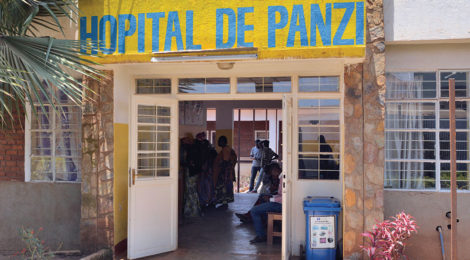 In the Democratic Republic of the Congo, they call him “Doctor Miracle” for his surgical skill and dedication to helping women overcome the injuries and trauma of sexual abuse and rape.

In October 2018, Dr. Denis Mukwege was recognized globally with the Nobel Peace Prize for his work with victims from the conflicts that have ravaged his homeland. He shared the award with Nadia Murad, an Iraqi human rights activist and member of the Yazidi minority who has challenged ISIS.

“Denis Mukwege is the foremost, most unifying symbol, both nationally and internationally, of the struggle to end sexual violence in war and armed conflicts,” Nobel Committee Chairwoman Berit Reiss-Andersen said when announcing the winners in Oslo, Norway.

The 450-bed Panzi Hospital that Mukwege founded in 1999 treats more than 3,500 women a year, though not all for sexual abuse. It provides free consultations, and doctors perform reconstructive surgery on women who have suffered serious injuries.

In a video posted on the hospital Facebook page after the Nobel announcement, co-workers and admirers can be seen swarming around the 63-year-old doctor after he emerged from the operating theater, cheering and hugging him as he slowly made his way past them.

In an interview with the Nobel Foundation, he said he was just finishing his second operation of the day. “It was so touching when I was operating and I heard people start to cry, and it was so, so, so touching,” he said.

His work also put his own life on the line. Mukwege narrowly escaped an attack in October 2012, in which his guard was killed. At the Bukavu hospital, he lives under the permanent protection of United Nations peacekeepers.

“For 15 years I have witnessed mass atrocities committed against women’s bodies,” he said. “And I cannot remain with my arms folded because our common humanity calls on us to care for each other.”