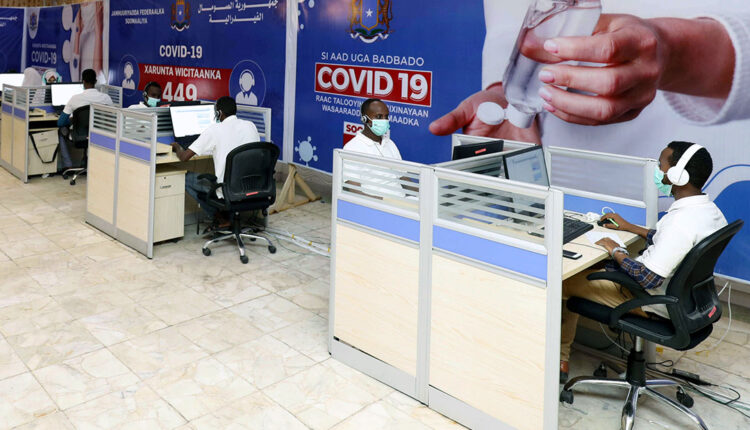 As the COVID-19 outbreak sweeps across Africa, some countries are spending more on debt repayments than on health care.

Much of Africa’s debt is related to China’s One Belt, One Road (OBOR) project, which finances roads, railways and ports to expand trade. OBOR loans to Africa totaled about $146 billion between 2000 and 2017. China is Africa’s largest debt holder.

“Because Sub-Saharan Africa governments do not have the resources for significant fiscal stimulus programs, we think suspending governments’ interest payments is critical,” Yvonne Mhango, an analyst at Renaissance Capital, told Quartz Africa. “Freeing up these funds would help alleviate the impact of the [COVID-19] crisis.”

Among African nations, Angola received the most in Chinese loans between 2000 and 2017 at just over $43 million, followed by Ethiopia at nearly $13.8 million, Kenya at $8.9 million and Zambia at more than $8.6 million, according to Johns Hopkins University’s China-Africa Research Institute.

French President Emmanuel Macron is among the world leaders who have characterized Chinese debt forgiveness as a moral duty amid the pandemic because human lives are at stake.

The Chinese government has forgiven some small, interest-free loans, but eradicating massive debts related to OBOR and other initiatives would help African nations strengthen their health care infrastructures at a critical time.

China’s Foreign Ministry has said it will respond to requests for debt relief only on a country-by-country basis, as Chinese banks hold African institutions and companies as collateral in case of default. There is uncertainty about how sustainable many OBOR projects are due to a lack of transparency surrounding the loans.

“As Chinese companies push deeper into emerging markets, inadequate enforcement and poor business practices are turning the [OBOR] into a global trail of trouble,” wrote Jonathan Hillman of the Center for Strategic and International Studies. “A long list of Chinese companies have been debarred from the World Bank and other multilateral development banks for fraud and corruption, which covers everything from inflating costs to giving bribes.”

Some African nations have signaled that they are no longer willing to accept increased Chinese debt.

Two years ago, Sierra Leone scuttled plans to build a China-funded $318 million airport outside Freetown, its capital. The World Bank and the International Monetary Fund each had warned that the project could bring an unnecessary debt burden to Sierra Leone.

“After serious consideration and diligence, it is the government’s view that [it] is uneconomical to proceed with the construction of the new airport when the existing one is grossly under-utilized,” Sierra Leone’s Ministry of Transport and Aviation said in a letter to the project’s director.

Persuading China to forgive mountainous debt may be difficult, but some say China’s hand could be forced if it wants positive relationships with African nations.

“China can respond by repurposing its debt … as a tool to keep its African partners,” said Angelo Izama, an analyst with the Uganda-based group Leo Africa Institute. “If there is a continental movement for debt relief, [China] would have no choice.”