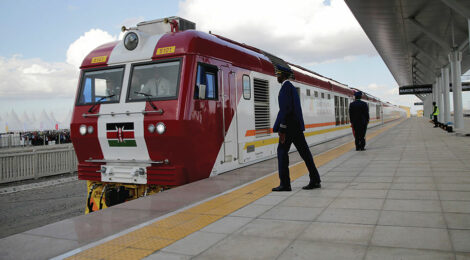 Kenyan authorities arrested seven officials with the China Road and Bridge Corp. and accused them of bribing investigators who had been examining railway finances, Kenya’s Daily Nation reported.

The Standard Gauge Railway is a
$3 billion project that connects Kenya’s two largest cities, Nairobi and Mombasa. Launched in 2017 and dubbed the “Madaraka Express,” it has been controversial due to cost overruns and allegations of corruption. The arrests mark the first time Chinese officials will face charges relating to the railway.

Agents with the Ethics and Anti-Corruption Commission arrested three Chinese nationals and four Kenyan officials. The bribes totaled $8,800 and were offered to cover up a scheme to steal and misuse train tickets, which may have cost the railway $9,700 per day in revenue.

One travel agent said that train tickets were mysteriously sold out as soon as they were made available, but the same tickets were later sold on the secondary market.

“We had the entire train full in five minutes,” the agent told the Nation. “After staying late at night and securing clients to take to Mombasa for holidays, we were forced to seek alternative means for them, including one-way flights, which are 10 times more expensive. Later, small shops in downtown Nairobi had bookings for the same date, which they were selling at Sh2,000 [$20] for economy and Sh5,000 [$49] for first class. It’s a shame.”