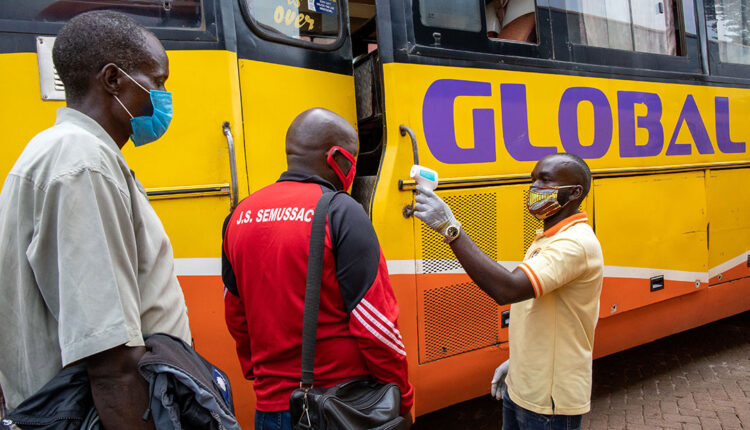 With a population of more than 45 million, Uganda has reported no deaths from COVID-19, the disease caused by the novel coronavirus.

Health experts say the country’s experiences battling other recent viral outbreaks, including Marburg, Ebola, yellow fever, measles and the Crimea-Congo hemorrhagic fever, have helped the country contain the spread of COVID-19, which has sickened fewer than 700 Ugandans. More than 200 Ugandans have recovered from the disease.

Globally, COVID-19 has killed more than 420,000 people. Uganda put its past experiences with viral outbreaks to work after the first coronavirus case was confirmed there in March.

“The fight against COVID has called for wisdom, intelligence and reasoning,” Dr. Monica Musenero, presidential advisor on COVID-19 told national broadcaster NBS Television. “You have to sit down and say, ‘this virus is behaving like this and this is what I think is going to happen’ and you’re using a wealth of experience and wisdom you’ve gathered a while back.”

The first person diagnosed with COVID-19 in Uganda was a Kampala resident who had returned from Dubai, United Arab Emirates. His temperature was high when he was screened at Entebbe International Airport. More than 100 people were on his flight, and health officials acted quickly, retrieving the passenger manifest and collecting the passports of all on board. Everyone on the flight was quarantined in contact-tracing efforts.

Health surveillance teams subsequently were activated at all border posts, and temperature scanners were placed at Entebbe International.

The country moved to close all public and private schools, as well as all universities and other institutions of higher education. Besides mandating social distancing measures, the government imposed a 7 p.m. nationwide curfew, banned public gatherings and sealed its borders, only allowing cargo planes, trucks and trains to enter.

“We have just been able to control it by studying the science, knowing its danger points and its weak points, and doing it in time, because we didn’t have to wait,” Ugandan President Yoweri Museveni told NBS Television.

Due to experiences with the other recent outbreaks, Uganda also increased its capacity to prepare and swiftly test samples of different viral diseases at the Uganda Virus Research Institute. The institute can now do about 520 tests per day and has capacity to expand.

Scientists at Uganda’s Makerere University and engineers at Kiira Motors recently joined forces to produce a low-cost ventilator called Bulamu, which is designed to offer life support for patients suffering from COVID-19 and other illnesses. The ventilators will be installed in medical facilities across the country.

In June, Uganda’s Ministry of Health announced it would distribute 30 million protective masks around the country as lockdown restrictions were relaxed. The first 750,000 masks were distributed in the Adjumani, Amuru, Kyotera and Rakai districts, where there is high risk of importing the disease from neighboring countries. Wearing masks in public is mandatory.

“Let’s keep adjusting,” Musenero said. “The mask is a passport to liberty and some movement around, so that we can do some work.”