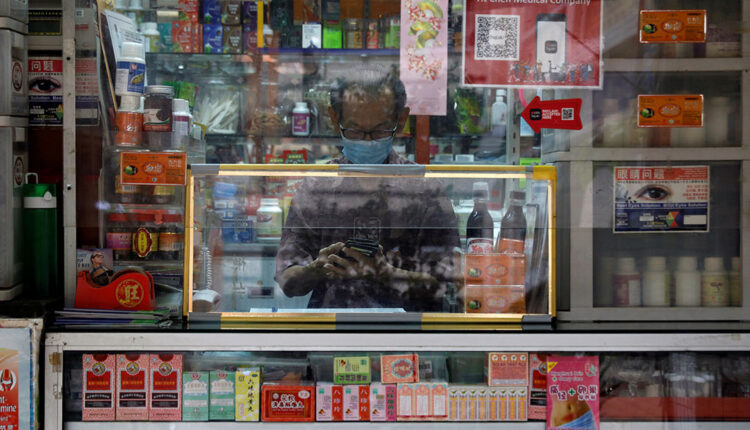 Despite overwhelming evidence that traditional Chinese medicine, or TCM, has no effect on COVID-19, China continues to promote its use throughout other parts of the world. And in some cases, China is finding a receptive audience.

In stepping up promotion of TCM, China also plans to punish critics within its own country.

Although some TCM proponents applaud China’s experiments with herbal remedies to stop the spread of COVID-19, many traditional medical practitioners question the value of that strategy. COVID-19 has sickened more than 7 million people and killed more than 400,000 worldwide.

“Simply trying any traditional medicine that’s potentially out there is probably not the wisest thing to do,” David Kroll, a professor at the University of Colorado’s Skaggs School of Pharmacy, told China Global Television Network. “Just using anything and everything against [COVID-19] has the potential for causing side effects that are worse than the disease itself.”

TCM often uses animal products, including pangolin scales, rhino horns, tiger parts and bear bile. Such products harm the environment, imperil some species and can lead to more disease as viruses jump from animals to humans.

Coronavirus is believed to have originated late last year in a Wuhan, China, wet market, where wildlife is sold and slaughtered on-site. In the wake of the virus’ spread, China banned the consumption of wild animals as food, but soon began touting TCM as a way to combat the disease. China’s National Health Commission’s recommendations include using a medicine containing bear bile. The bile is extracted from bears held in tightly constricted cages using catheters attached to their gallbladders.

Aron White, a wildlife campaigner and China specialist for the Environmental Investigation Agency, was flabbergasted.

“Restricting the eating of wildlife while promoting medicines containing wildlife parts exemplifies the mixed messages being sent by Chinese authorities on wildlife trade,” White said in an article on the agency’s website. “Aside from the irony of promoting a wildlife product for treatment of a disease which the scientific community has overwhelmingly concluded originated in wildlife, the continued promotion of the use of threatened wildlife in medicine is hugely irresponsible in an era of unprecedented biodiversity loss, including illegal and unsustainable trade.”

Threatened species, many from Africa, were being trafficked into China in record numbers before the pandemic began its deadly spread. Last year, Hong Kong seized 8.3 tons of  scales from nearly 14,000 pangolins and its largest haul of rhino horns, worth more than $1 million.

“One of the most alarming characteristics of wildlife trafficking is the growing use of threatened species in traditional medicines,” conservation group ADM Capital Foundation said in a report cited by Reuters. It identified the TCM industry as accounting for more than three-quarters of the trade in endangered wildlife products in Hong Kong since 2014.

In early June, China responded to worldwide condemnation of pangolin trading by giving the animals first-class state protection, putting them on the same level as the country’s beloved pandas.

With that new status, the animal has been officially removed from the latest version of the Chinese list of approved medicines, Shanghaiist website reported. The pangolins can thank COVID-19 for the new designation.

China passed a national law in 2016 requiring local governments to promote TCM. President Xi Jinping is its most prominent supporter and sees it as a way of spreading Chinese culture throughout the world.

China has successfully promoted TCM in other parts of the world. Zimbabwe’s main hospital in Harare plans to establish a TCM unit to explore how the remedies may strengthen the country’s pandemic response. A team of Chinese medical experts visited recently.

“We have plans to use TCM in Zimbabwe. We are lucky that among the team of doctors who are visiting there is a specialist in TCM,” Health and Childcare Minister Obadiah Moyo told China Global Television Network. “So, we are going to set up a unit at Parirenyatwa Group of Hospitals. They have already identified the facility where the TCM unit will be based so that we can be able to develop it.”

China is taking steps within its own borders to stop criticism of TCM. The South China Morning Post reports that Beijing’s city government has drafted a regulation to punish people for “defaming” TCM. The draft is aimed at expanding the use of traditional Chinese medicine in the health care system, from cancer treatment to infectious disease prevention.

One proposed clause bans people from “denigrating or defaming traditional Chinese medicine.” Violating the rule could result in criminal punishment.