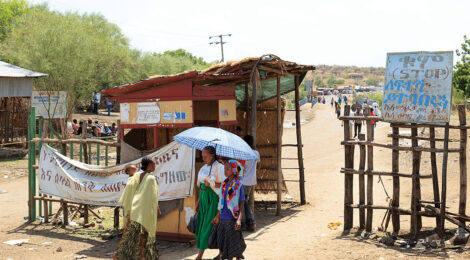 Sudan and Ethiopia have signed an agreement to deploy joint forces along their border to prevent weapons smuggling and sporadic skirmishes between armed groups. The setting up of the force comes after a series of high-level talks.

Security officers from both countries regularly complain about weapons smuggling and cross-border crimes in the region. Khartoum and Addis Ababa share close diplomatic ties, but issues regarding some border areas have been a source of tension.

Ethiopian media, meanwhile, claim that on several occasions weapons smuggled from Sudan into Ethiopia have been caught by security forces.