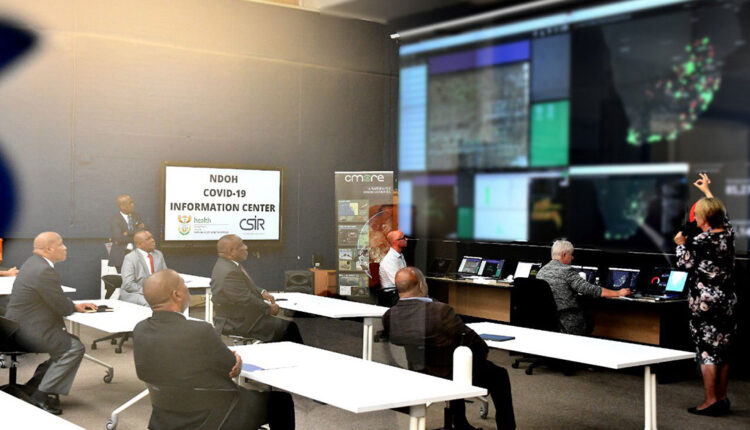 South African officials have turned to technology normally used to monitor rhinoceros poaching to quell the spread of COVID-19.

The country’s Council for Scientific and Industrial Research is using a system called the Command and Control Collaborator (Cmore) to track people with COVID-19, the disease caused by the novel coronavirus. South Africa has reported nearly 32,700 COVID-19 cases and almost 700 deaths.

The program, typically used to track rhino poachers in Kruger National Park, has been adapted to collect demographic statistics and the health data of patients who have been tested. If someone has been infected, health officials get an alert, which includes the person’s address. Officials then track people who have had recent contact with that person, according to Scientific American. The goal is to quickly identify new outbreaks and contain them before they spread.

President Cyril Ramaphosa lauded the Cmore system when he visited the Health Department’s COVID-19 information center in Pretoria where he was shown how the government can access near real-time data and dashboards on the outbreak.

“I was hugely impressed to see how we are able, through the facility we have here, to look at the entire country and see how we can get data and information about the incidents of infection of coronavirus throughout the country,” Ramaphosa told The Times of South Africa. “More important is how we are able through science and technology to drill it down to provincial, district, municipality, ward level and street level as they track the people that are infected.”

The system is meant to complement the efforts of 60,000 health care workers, who go door-to-door to ask people if they have symptoms of COVID-19. Screeners use a mobile app to upload data to the center. People who show symptoms are sent for diagnostic testing. More than 72,000 of the 7 million people screened door to door have been referred for further testing.

“South Africa is uniquely positioned in the sense [that] it has the potential to leverage technology, as well as the experience with basics of infection control — the door-to-door stuff, the nonsexy stuff. That’s the foundation,” Tolullah Oni, an epidemiologist at the University of Cambridge, told Scientific American. “South Africa straddles these two realities. And if you can make them work together, then you’ll stand a good chance of being effective.”

Work to customize Cmore to address COVID-19 was announced shortly after the first COVID-19 case was confirmed in South Africa.

“There is now widespread agreement on the need for a central situational awareness platform which will provide a single view of the reality,” Blade Nzimande, minister of higher education, science and technology, said at the time.

Use of the Cmore system began just before officials eased lockdown restrictions. Under the new regulations, some students returned to school, alcohol sales were allowed from 9 a.m. to 5 p.m. Monday through Thursday, and gatherings of 50 or fewer were allowed at places of worship, depending on the size of the venue. Tobacco sales remained prohibited.

“The functionality of the Cmore system is designed to service a wide range of users, whether these are in a decision hierarchy, as well as different types of first responders,” Nzimande told defenceWeb.

As the economy began to reopen, Nkosazana Dlamini-Zuma, minister of cooperative governance and traditional affairs, urged South Africans to continue thorough hand-washing and maintain a safe social distance, which she said are most important in the COVID-19 fight until a cure or vaccine is developed.