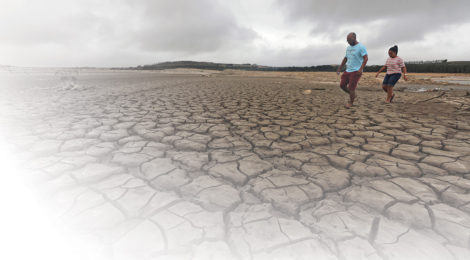 The South African National Defence Force is ready to assist in preparations for “Day Zero,” when the metropolitan water supply in Cape Town is projected to run dry. If this day does come, Soldiers could be deployed as sentries or guards at water distribution points. There is also discussion of military escorts for water tankers. At a briefing in Cape Town, a senior provincial police officer said up to 80 Soldiers could be deployed.

In addition to national police, it appears Cape Town metropolitan police and other municipal security services are handling what is reported to be the first instance of a major world city facing the possibility of running dry.

“Whatever threat is coming, we shall be able to deal with it,” Provincial Commissioner Maj. Gen. Mpumelele Manci told News24 of Cape Town.

Brigadier Jorina Zandberg, provincial head of the police operations command center, said if the day comes, a command center will be activated. It will be linked to the provincial disaster center and will coordinate the delivery of water tankers to 187 distribution points for water rationing.

At the beginning of March 2018, dam levels were at an average storage level of 24 percent. The last 10 percent of the water is not usable.