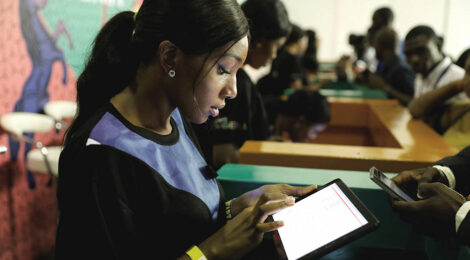 For the first time, half of the global population — 3.9 billion people — is using the internet.  An International Telecommunication Union (ITU) report says Africa is the region with the strongest growth, where the percentage of people using the internet has increased from just over 2% in 2005 to nearly 25% in 2018.

The website Internetworldstats reports that Nigeria has the most internet users, with almost 100 million, followed by Egypt with
49 million and Kenya with 44 million. Kenya has, by far, the highest percentage of users; about 85% of its population has internet access.

The Democratic Republic of the Congo has had one of the most dramatic rates of internet growth on the continent, going from about 500 users in 2001 to more than 5 million in 2018. Still, only 6% of the country’s population had internet access in 2018.

Eritrea has the lowest internet penetration, with under 2% of its population having access.

The report finds that access to and use of information and communication technologies around the world is trending upward. It notes that most internet users are in developed countries, with more than 80% of their populations online. But it says internet use is steadily growing in developing countries, increasing from 7.7% in 2005 to 45.3% in 2019.

The ITU says countries that are hooked into the digital economy do better overall. Unfortunately, it says the cost of accessing telecommunication networks is too high and unaffordable for many.