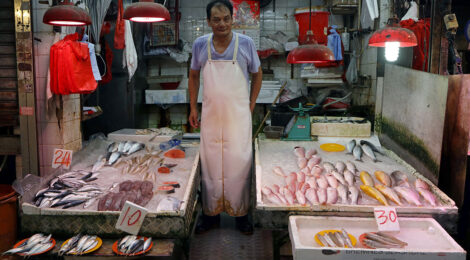 As COVID-19 continues its deadly spread around the world, there is a growing call to ban “wet markets,” such as the one in Wuhan, China, where the global pandemic is thought to have originated.

COVID-19, the disease caused by the novel coronavirus, has infected nearly 3.8 million people and killed almost 260,000 people since the first cases were reported late last year.

China issued a temporary ban on wet markets, but many around the globe think the ban should be permanent. Among them is Jinfeng Zhou, secretary-general of the China Biodiversity Conservation and Green Development Foundation.

“I agree there should be a global ban on wet markets, which will help a lot on wildlife conservation and protection of ourselves from improper contacts with wildlife,” Zhou told the British newspaper The Guardian. “More than 70% of human diseases are from wildlife, and many species are endangered by eating them.”

Animals in wet markets are commonly crammed into unsanitary cages and stacked on top of each other, Jan Vertefeuille, a senior advisor for advocacy at the World Wildlife Fund, told National Public Radio in the U.S. Her organization supports banning wet markets.

“It’s the perfect recipe for an epidemic, something like COVID-19, to emerge from a market like that,” Vertefeuille said.

Anthony Fauci, director of the National Institute of Allergy and Infectious Diseases and the top U.S. infectious disease expert, told the Fox News Channel he thinks wet markets should be shut down right away.

“It boggles my mind how, when we have so many diseases that emanate out of that unusual human-animal interface, that we don’t just shut it down,” Fauci said. “I don’t know what else has to happen to get us to appreciate that.”

A bipartisan group of 70 U.S. lawmakers has sent a letter to the World Health Organization urging it to support the closure of wet markets.

Despite calls for a change, many of the markets China closed in the pandemic’s first wave have reopened, including the Huanan Seafood Wholesale Market in Wuhan where the virus causing COVID-19 is thought to have originated.

A Daily Mail report described the reopened markets as “squalid” and reported that there were no signs that the markets had attempted “to raise hygiene standards to prevent a future outbreak.”

Australian Prime Minister Scott Morrison has urged the United Nations and World Health Organization to keep the markets closed, calling them “a very real and significant problem wherever they exist.”

← U.S. to Send Ventilators to Nigeria
What We Know and Don’t Know About COVID-19 →