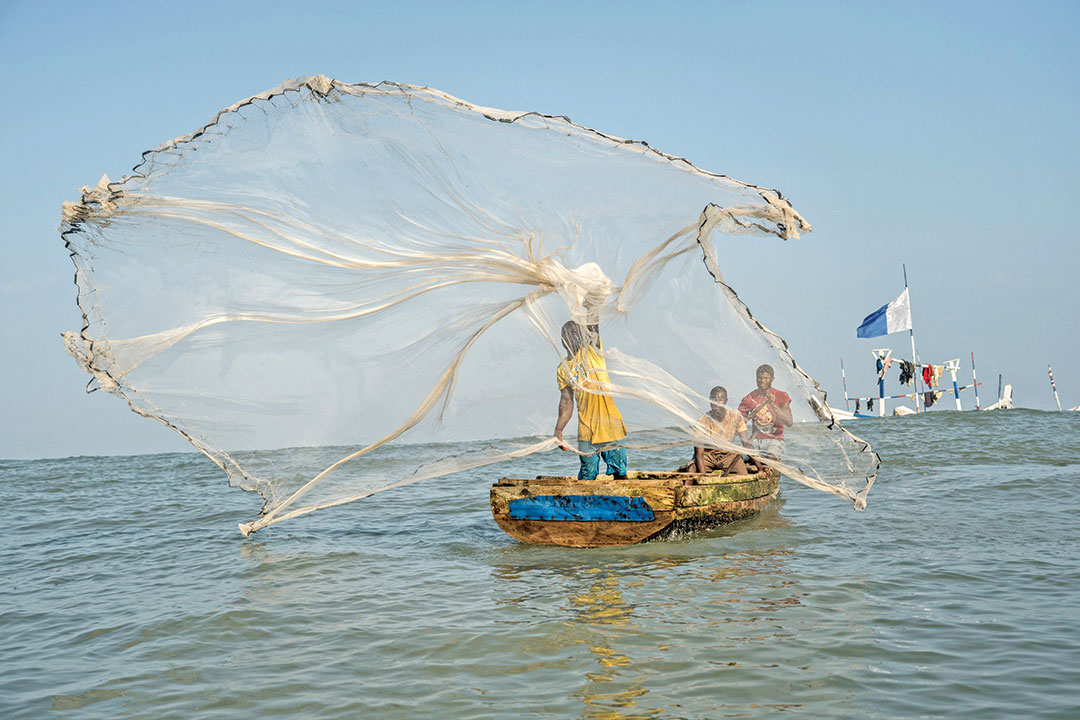 Fish vendor Mercy Allotey waits in Accra, Ghana, for customers to buy the freshest catch. But she says fishermen are netting less because illegal techniques and unscrupulous trawlers have devastated stocks.

“It is spoiling our fishing,” she said. “Many times when they go, they don’t get the fish.”

The fishing sector supports more than 2 million people, and it generates about 60% of the protein in Ghanaians’ diet.

United Nations data show that production fell from almost 420,000 metric tons in 1999 to 202,000 metric tons in 2014. To blame are the mainly Chinese-operated trawlers and damaging practices employed by artisanal fishermen as they make up for losses.

In a practice known as saiko, trawlers illegally target the staple catch of local fishermen and sell it to communities via middlemen. Ghana wants to crack down on saiko and other illegal practices employed by local fishermen, including using bright lights, poison and dynamite.

The government banned artisanal fishing from May 2019 to June 2019 and banned trawlers in August and September 2019.

“Fisheries [are] linked to food security, the national security and the survival of Ghana as a country,” said Kamal-Deen Ali, director of the Accra-based Centre for Maritime Law and Security Africa.

Few know the threats better than Nii Quaye, a former fisherman who now works as a spokesman for the trade in Accra’s Jamestown district. He said fishermen had not seen an increase in stocks after the artisanal suspension, and that success will come with law enforcement.

He fears that if nothing major is done, there soon may not be any fish left to catch. “Everybody in Jamestown will be hungry because there is no fish,” he said. “We are begging, so [that] they stop it.”