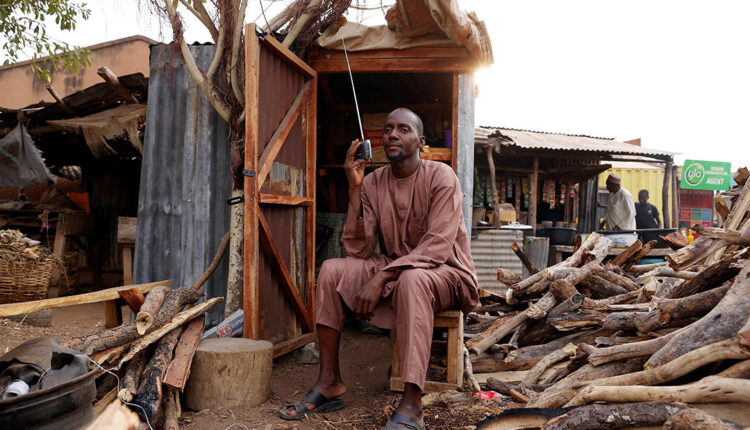 In Cameroon, rumors began swirling on social media that hospitals were above capacity and testing for COVID-19 was only available at a steep price. Neither was true. Hospitals have space, and testing is free.

Faced with a wave of misinformation, the country is trying a number of strategies to fight back. One of them is “Smart Click Africa,” a site that debunks rumors and falsehoods.

“It is important for citizens on the web to ask themselves if the information they are going to share is good information coming from reliable sources and newspapers,” Beaugas-Orain Djoyum, president of the Smart Click Africa Association, told Cameroon’s CRTV.

Another Cameroonian information technology expert, Dr. Bell Bitjoka, called the virus an ideal occasion for “those who create fake news.” Their goal, he said, is that “we do not reach the strategy or the goal of fighting against COVID-19.”

As COVID-19 has swept the globe, it has been trailed by incorrect and misleading information. Some spreads on a small scale driven by scam artists and people looking to advance a political agenda. In other cases, the news is pushed on a wider scale. Some misleading information has been driven by Chinese authorities in order to deny responsibility for the outbreak and deflect blame away from the country.

In Africa, Chinese-owned media has a wide reach including Nairobi-based CGTN (China Global Television Network, formerly CCTV Africa) — a staple of Africa broadcast networks available in six languages across the continent. China also is targeting millions of Africans through social media channels such as Facebook and Twitter.

How broad is China’s reach on social media? As of December 2019, CGTN’s English account had 90 million followers — the largest for any media outlet on Facebook. CGTN’s French-language account had 20.3 million followers, CGTN Spanish had 15.7 million and CGTN Arabic had 14.4 million, according to an analysis by Freedom House.

China also pushes its message through the state-owned China Daily newspaper, which publishes a weekly Africa edition, and by influencing the decision-making of African media companies, such as South Africa’s Independent Media, that are partly owned by state-backed investors, according to Quartz Africa.

African nations should expect to see China investing even more in state-run media on the continent or in partnership with local media as a way to bolster its reputation and rebuild positive perceptions, according to Daniel Byman on lawfareblog.com.

Knowing where China has its media thumbprint might be difficult, however. A review by Freedom House of several of China’s main media accounts showed that none revealed it was owned or controlled by the state or the Chinese Communist Party.

“I believe if we have evidence, we should not shy away from naming and shaming,” Vĕra Jourová, a European Commission vice president, said of the propaganda operations.

In her report to the EU, Jourová noted that EU experts said they’ve logged a “massive wave” of health care hoaxes, false claims, online scams, hate speech and COVID-19 conspiracy theories circulating on social media platforms — as well as attempts by foreign actors to insert themselves into domestic EU issues.

Brandt also noted that the number of Chinese officials on Twitter over the past year has quadrupled, most likely to spread disinformation as far as possible, she said.

In response to China’s disinformation campaign, Twitter announced on June 12 that it had removed 170,000 accounts it said were part of a Chinese influence operation, some which included messaging about COVID-19. The network included 23,750 core active accounts and 150,000 amplifier accounts, which were designed to artificially boost the impressions of the core accounts, Twitter noted in a blog post announcing the takedown.

In a statement, Matt Brittin, Google’s president of business and operations for Europe, the Middle East and Africa, said of the media giant: “We’re committed to the code of practice and to our work together to find new and creative ways to continue the fight against disinformation.” Going forward, EU commissioners have asked Google, Facebook and Twitter to voluntarily perform monthly reviews of their traffic to weed out disinformation, particularly as it pertains to COVID-19. All three have agreed to do so, according to The Verge.

“Disinformation in times of the coronavirus can kill,” EU High Representative/Vice-President Josep Borrell said. “We have a duty to protect our citizens by making them aware of false information, and to expose the actors responsible for engaging in such practices.”