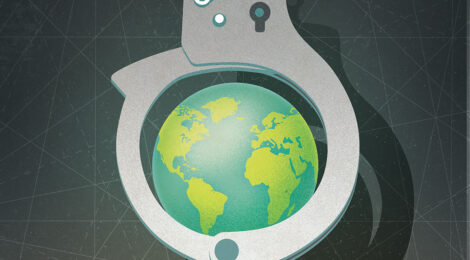 Africa at the Crossroads of Illicit Trafficking

Commercial trade has expanded rapidly in Africa in recent years. Many countries boast double-digit gross domestic product growth driven by globalization, new technology and an expanding domestic middle class. Ports, airports and highways are being built at a record pace on much of the continent.

However, this growth has a downside. Criminal syndicates, terrorists and traffickers are taking advantage of legitimate commercial channels. According to the United Nations Office on Drugs and Crime (UNODC), transnational organized crime generates $1.5 trillion in profits globally each year. Many of the most profitable trafficking routes cross Africa.

Criminal organizations flock to places with weak institutions and exacerbate corruption by bribing officials. At its most dire, a nation can become what is called a “captured state,” meaning traffickers or other private interests hold the power rather than do the elected officials.

Transnational illicit activity on the continent ranges from drug trafficking to human smuggling. Trafficked goods can include stolen vehicles, counterfeit medicine and poached wildlife parts. All play a role in destabilizing the state and siphoning wealth from the continent to enrich criminals in other parts of the world.

According to the European Union-funded anti-organized crime group, ENACT, trafficking in Africa takes three main forms. They are distinct but interconnected. All of them are made worse by corruption and lack of enforcement capacity. 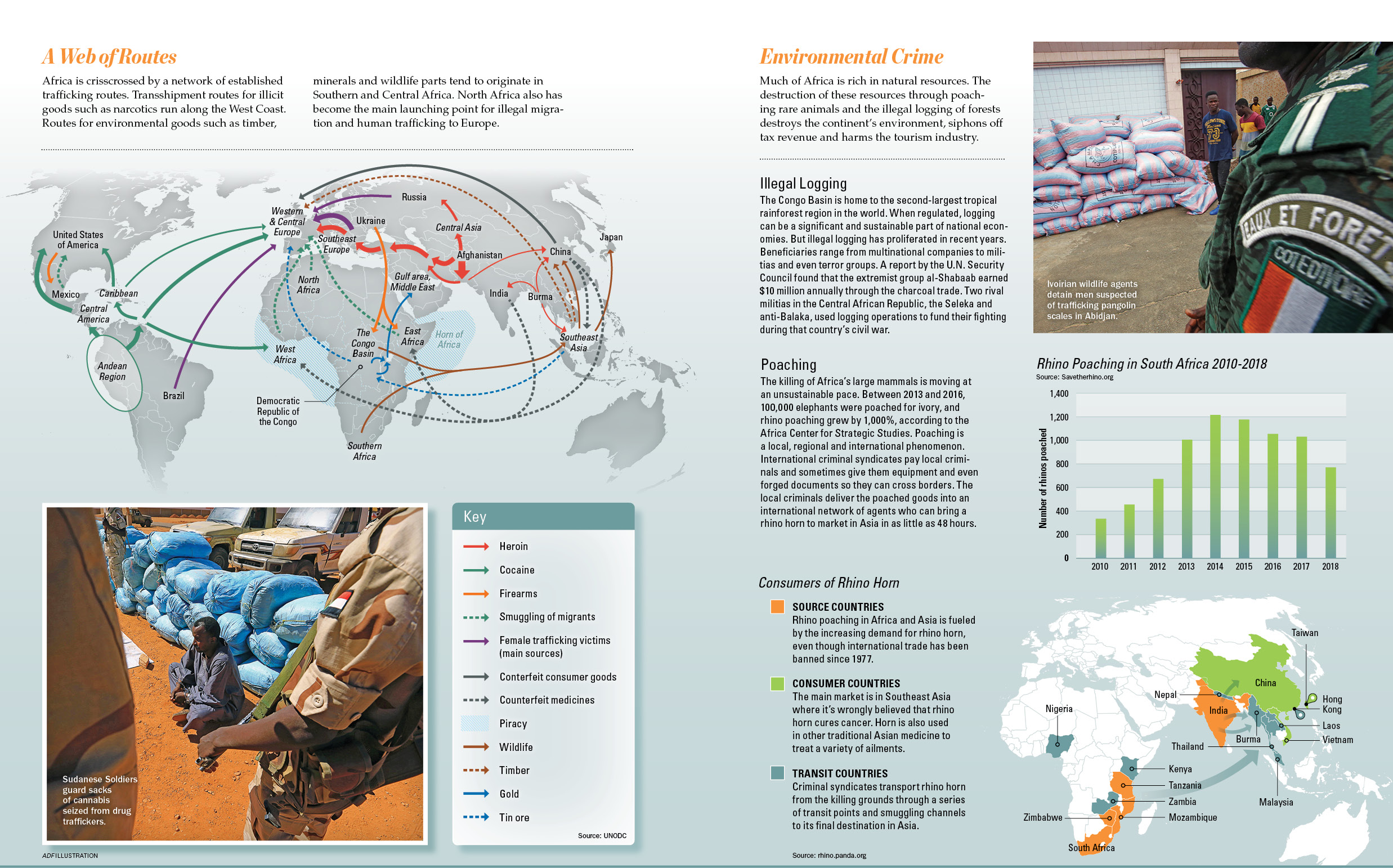 Africa is a transit point and a destination for illegal drugs. Cocaine, heroin and methamphetamine are smuggled into African ports, generally en route to users in Europe and the Middle East. Increasingly, some of these drugs also are sold to African consumers, resulting in rising levels of addiction. 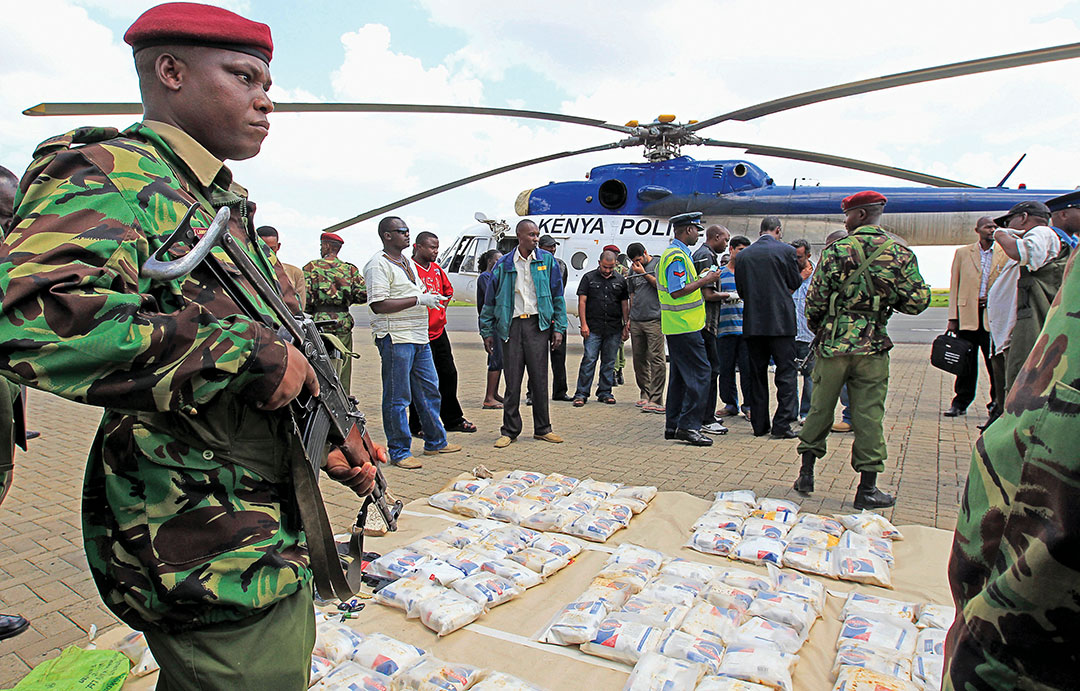 Kenyan police guard heroin seized from traffickers in the port city of Mombasa. 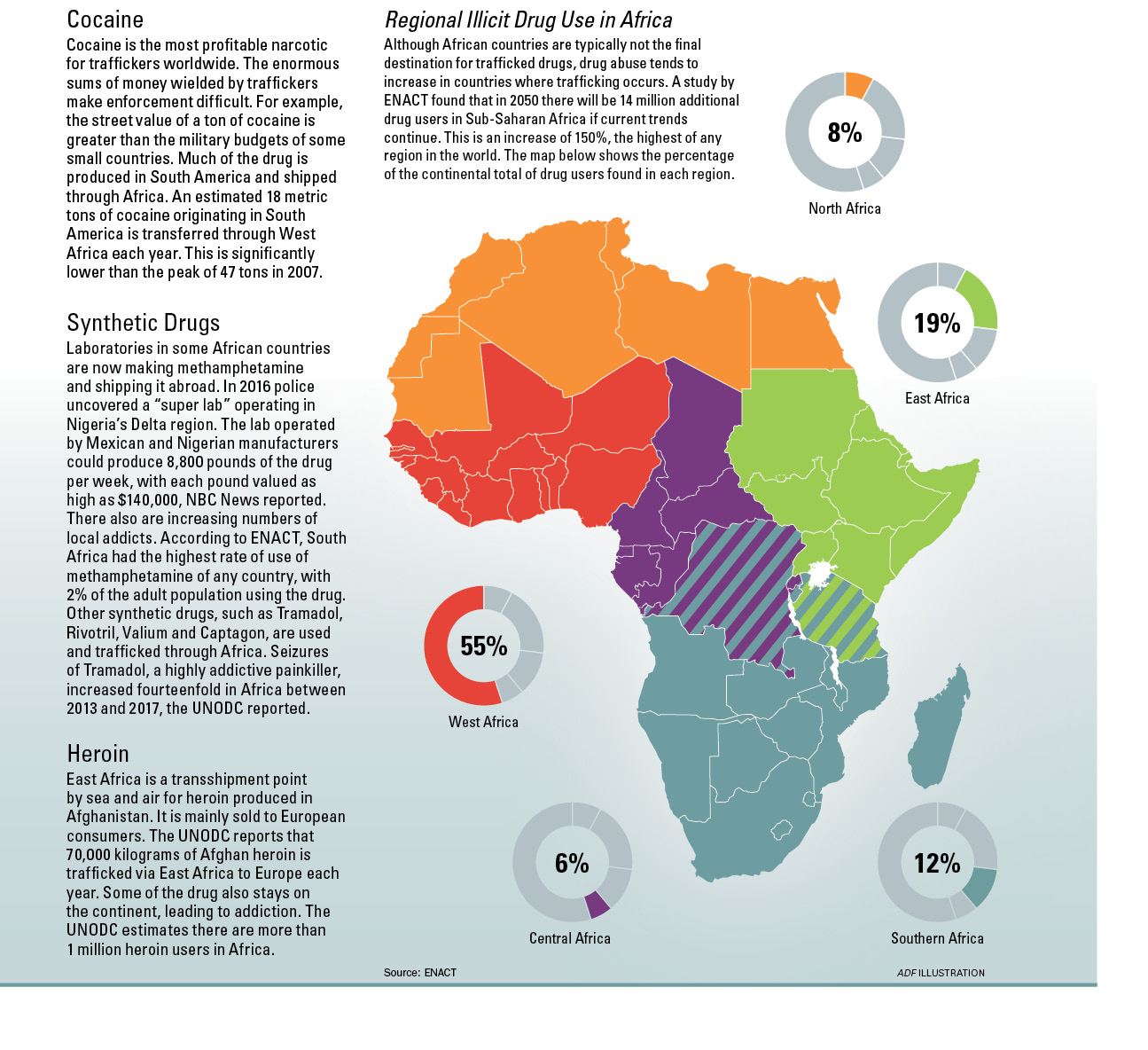 Masses of people are migrating in search of financial opportunity and fleeing oppressive regimes. Although it is a journey that often ends in tragedy, crime syndicates see a lucrative business opportunity and seek to profit off this desperation. Sometimes traffickers simply charge money for safe passage. In other instances, they trick migrants with promises of employment, only to push them into forced labor or sex slavery.

Trafficking routes are ever-changing, but many of the most heavily used are operated by organized criminal syndicates and extremist groups. When these groups don’t operate the routes, they still may charge a fee for protection. For instance, thousands of migrants pass through the city of Agadez, Niger, on their way to Libya and then Europe. They pay bribes and fees along the way totaling $800 to $1,000 per person. Much of this money ends up fueling extremist groups and international crime. A UNODC study found that 2.5 million migrants were smuggled in 2016, generating an income of $7 billion for smugglers.

There are three primary routes, according to the UNODC:

The Western African route from Senegal, Mauritania and Morocco to the Spanish Canary Islands.

The Western Mediterranean route from Morocco or Algeria to Spain.

The Central Mediterranean route, principally from Libya to Italy. 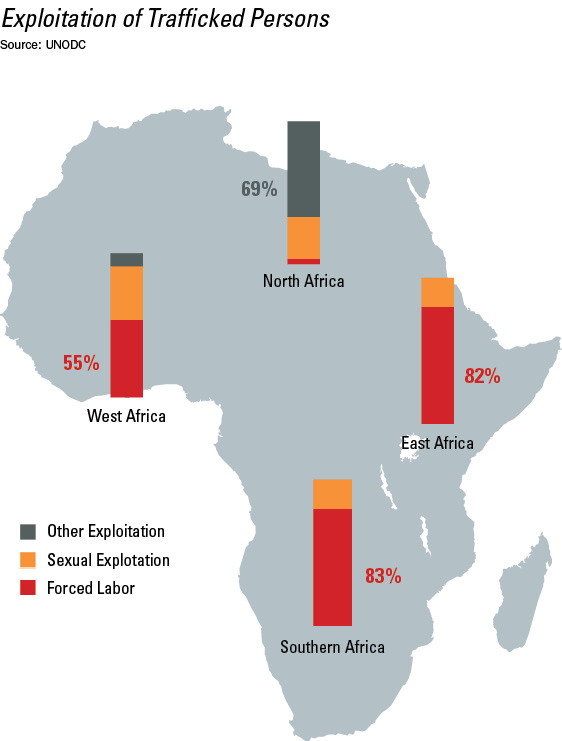