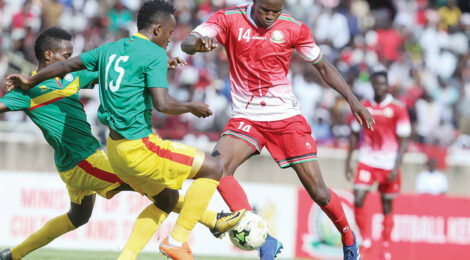 The Confederation of African Football says Côte d’Ivoire has agreed to host the 2023 Africa Cup of Nations, instead of the 2021 event. The move allows Cameroon, which was stripped of the right to stage the 2019 event, to take on 2021 instead.

Côte d’Ivoire had resisted the two-year delay, going as far as filing a case to the Court of Arbitration for Sport.

The confederation took the 2019 edition away from Cameroon because of security concerns and severe delays in building stadiums.

The 2023 deal was reached after Ivoirian President Alassane Ouattara met with confederation President Ahmad Ahmad. Guinea, which had been slated for 2023, will put on the 2025 tournament. Cameroon and Guinea already had agreed to the changes, so the deal with Côte d’Ivoire was the final part of the confederation’s reorganization of long-standing plans.

The original schedule had been announced in 2014. Egypt hosted the 2019 tournament.