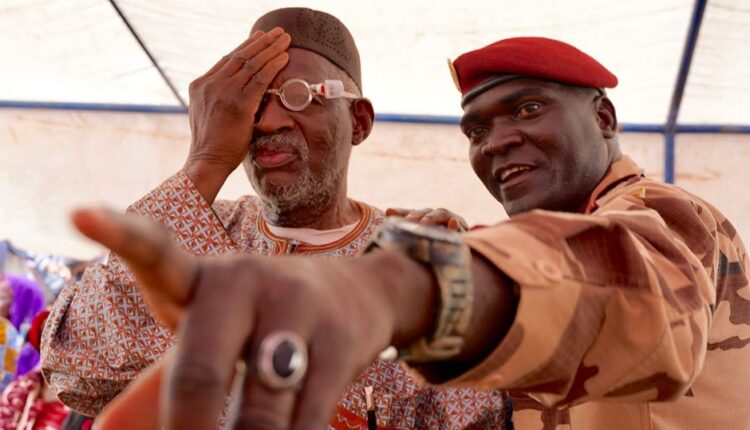 Eyesight is a precious gift, but eye care is woefully underfunded in many parts of the world. More than 2.5 billion people globally suffer from visual impairment that could be corrected with eyeglasses.

So when the U.S. Army partnered with the G5 Sahel Joint Force in Mali to help the civilian population in the West African country, they decided eye care was a good place to start.

“This gift of glasses will stay for a long time in the memory of the community,” Amadou Ouattara, mayor of Commune V in Bamako, said at a ceremony announcing the donation. “This is the first time that the population here has received such a donation.”

The G5 Sahel Joint Force is made up of seven battalions spread across Burkina Faso, Chad, Mali, Mauritania and Niger. The force roots out extremist groups and traffickers in the region and lays the groundwork for economic development.

Outreach to the local population, particularly in the rural and isolated areas of the Sahel, is important to the G5 Sahel mission. “There is the cell that specifically handles the civil-military actions,” said Lt. Col. M’bai Resem Mathieu of the G5 Sahel Joint Force during a February 27 ceremony celebrating the donation. “They are the ones who enter in contact with the population, identify the specific needs of the population, and transmit them to the command of the G5 Sahel. They also have the mission to enter in contact with different partners.”

Mali has endured eight years of instability since a crisis in 2012 left more than half the country in the hands of a coalition of violent extremists and ethnic Tuaregs. Since then, the Malian Armed Forces have sought to reestablish control of the country’s north and improve its image with civilians. Last year was among the deadliest on record in Mali with attacks by extremist groups and intercommunal violence costing thousands of lives.

“The multifaceted crises in Mali and the Sahel continue to take a heavy toll on people across the sub-region,” United Nations Secretary-General Antonio Guterres said during a June 11 briefing to the U.N. Security Council. “Terrorist and criminal groups continue to expand their activities and exploit long-standing tensions along community lines.”

The U.S. views efforts such as the vision event as relatively small investments that make a big impact.

“The American civil-military programs work with our Malian and regional partners to promote security, stability and prosperity in Mali and in the region by establishing relationships with the local population,” U.S. Embassy Chargé d’Affaires Silvia Eiriz said. “The services and the donations provided here today and the numerous other humanitarian programs offered by the U.S. Army for years are only one piece of the solid and continuous cooperation between the U.S. Army, the government of Mali and the G5 Sahel Joint Force.”

DRC Declares End to Ebola Outbreak in the Northeast