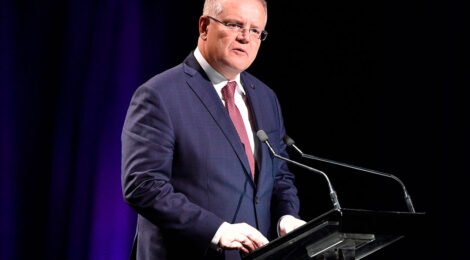 Calls for Independent COVID-19 Investigation Ring Across the Globe

World leaders are clamoring for an impartial investigation into the origins of the outbreak of COVID-19 in China, which led to a global pandemic that has killed more than 250,000 people.

Australian Prime Minister Scott Morrison has suggested that the World Health Organization (WHO) be given the power to send a team of impartial investigators to China to determine the cause of the outbreak.

Morrison, who has rallied support from the U.S., France and Germany, insisted that the WHO must have the power to send in independent investigators with authority similar to “weapons inspectors” to identify the source of future outbreaks.

Morrison also called for a formal inquiry into the WHO’s response to the pandemic, as some nations have claimed the United Nations-backed organization was too slow to respond. WHO Director-General Tedros Adhanom Ghebreyesus has said the agency would carry out an “after-action” review when the crisis is over.

China has pushed back against criticism from other governments about how it handled the outbreak of COVID-19. The virus is thought to have emerged at a wildlife “wet market” in Wuhan late last year.

Chen Wen, a top Chinese diplomat in the United Kingdom, told the BBC that such demands were politically motivated and would divert China’s attention from fighting the pandemic.

That reasoning does not resonate with political leaders from across the globe.

“The whole world wants the exact origin of the virus to be clarified,” German Minister of Foreign Affairs Heiko Maas said. The Chinese government’s response to such calls will demonstrate “how transparent it wants to be with the virus,” he added.

Ursula von der Leyen, president of the European Commission, similarly called for Chinese transparency, but said an investigation could wait until the pandemic abates.

Sweden’s government is planning to ask the European Union to push for an independent probe, said Health Minister Lena Hallengren.

“When the global situation of COVID-19 is under control, it is both reasonable and important that an international, independent investigation be conducted to gain knowledge about the origin and spread of the coronavirus,” Hallengrenwrote to Sweden’s parliament.

U.S. Secretary of State Mike Pompeo has also denounced China for stonewalling investigations into the outbreak.

“The Chinese Communist Party continues to block access to the Western world, the world’s best scientists, to figure out exactly what happened,” Pompeo said in a televised interview.

In Africa, Obiageli “Oby” Ezekwesili, a former vice president for Africa for the World Bank and a former Nigerian cabinet minister, wrote an op-ed in The Washington Post demanding that China pay compensation to African countries for the virus, including a complete write-off of $140 billion in debt. “China should demonstrate world leadership by acknowledging its failure to be transparent on Covid-19,” she wrote.

Australia is expected to formally push for the investigation at the annual meeting of the World Health Assembly, the WHO’s decision-making body, scheduled for May 17. Australia sits on the executive board of the assembly, which determines WHO policies and appoints the director general.

“Our purpose here is just pretty simple,” Morrison said. “We would like the world to be safer when it comes to viruses.”