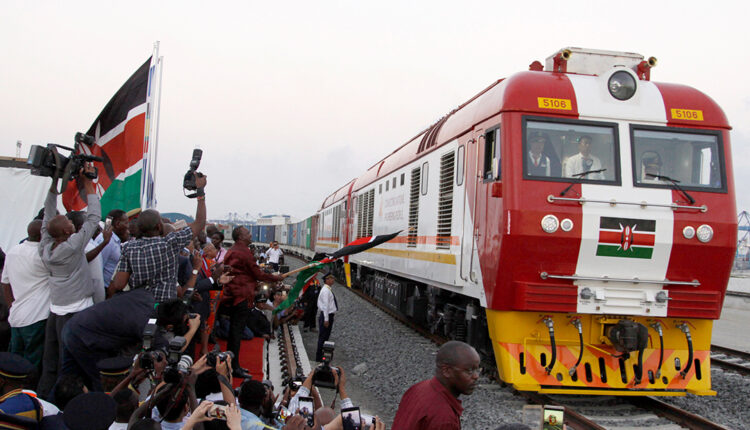 Count Angola, Kenya, Zambia and Zimbabwe among the African nations seeking debt relief from China due to the economic crisis caused by COVID-19.

They are some of the scores of countries involved in China’s sprawling One Belt, One Road infrastructure project that are saddled with billions in debt as their economies contract amid the global pandemic.

Former Zimbabwean Minister Gorden Moyo is now director of the country’s Public Policy and Research Institute. He recently called for transparency regarding all grants, loans and donations from China, whose leaders are known for leveraging poorer nations’ debt for influence in trade, domestic politics and other areas.

“If China is Zimbabwe’s all-weather friend and not a new imperialist, a resource grabber, a rogue investor, a rogue donor, and a mad-dash, then it must cancel the illegitimate debt contracted without approval of the Parliament of Zimbabwe,” Moyo said in a prepared statement in June 2020. “This includes loans offered to the security services, parastatals (political organizations) and other state institutions.”

China recently announced debt relief from interest-free loans, but not from high-risk loans or huge loans related to One Belt, One Road. According to the website The Diplomat, interest-free loans make up less than 5% of China’s total lending.

Angola is the top African recipient of Chinese loans, receiving $43 billion between 2000 and 2017. At the end of last year, Angola owed China $22.4 billion. Angola pays the debt in crude oil, but the country recently cut the amount of oil cargo it will ship to Chinese companies as it looks to renegotiate repayment terms.

The Southern African country is negotiating financial terms with some countries that import its oil and may benefit greatly from a Group of 20 plan to temporarily ease debt payments by the world’s poorest nations. That could mean $3.4 billion in savings for Angola, according to a World Bank report. China accounts for $3 billion, or 28%, of the amount Angola owes to the G20.

During a recent China-Africa summit on solidarity against COVID-19, Kenyan President Uhuru Kenyatta called on China to increase its debt-relief measures to African countries. In 2018, Kenya owed China $5.3 billion — or about $110 for every Kenyan — which is 10 times more than it owed China in 2013. By 2019, Kenya’s Chinese debt swelled to nearly $6.2 billion, mostly because of loans to build the Standard Gauge Railway.

“Given the scale of economic devastation in the continent, I would like to call on China to further deepen debt relief measures and to consider trade concessions to provide African countries with the breathing room they need for economic recovery,” Kenyatta said.

Zambian leaders sought to restructure, renegotiate or refinance extensive Chinese debt before the pandemic began. Zambia’s external debt is estimated at $11.2 billion, and much of it is owed to China.

But China has resisted calls to write off debt to Africa’s poorest nations and has insisted on negotiating with countries individually.