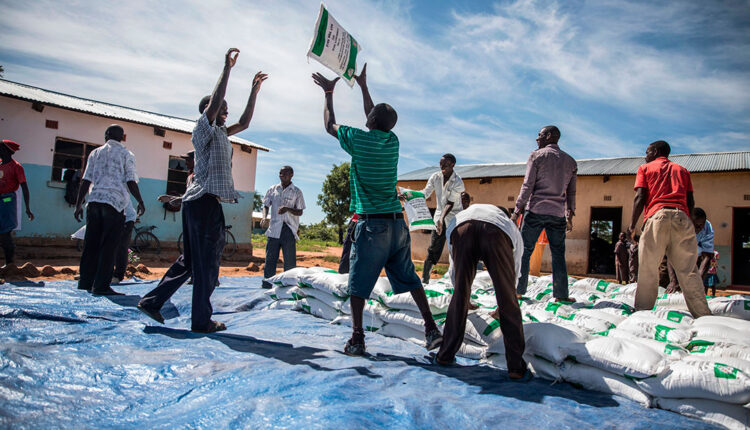 As Zambia navigates the ongoing COVID-19 pandemic, the combination of rising debt payments to China, falling copper sales and growing demands related to the virus has created an economic storm that threatens to swamp the country financially.

And Zambia faces one more problem as it searches for a financial lifeline: Lenders deem it too risky to lend the country more money.

Erasmus’ group ranks African countries from zero to 10 on their “fiscal space” — how well they can provide their own economic stimulus during a recession. A score of zero means the country must depend on outside resources. Zambia rates a one.

Zambia’s poor fiscal housekeeping is making it hard for its mining sector to get the loans needed to operate, further weakening Zambia’s economic health, Erasmus said.

A lack of transparency makes it hard to get an exact picture of Zambia’s debt to China. Trevor Hambayi, an economist at nongovernmental organization Development Finance Associates in Lusaka, estimates that China represents about half of Zambia’s $11.2 billion debt. Nearly half of Zambia’s national budget goes to repay debt, he said.

On top of that, Zambia’s Chinese debt is tied to key pieces of infrastructure, including the country’s power grid, meaning a default could put those items into Chinese hands and create a crisis for national sovereignty.

In a recent phone call with Chinese President Xi Jinping, Zambian President Edgar Chagwa Lungu asked Chinese authorities to cancel some of his country’s debt. By most estimates, between both public and private entities, China is Zambia’s largest lender.

In response, Li Jie, China’s ambassador to Zambia, said China would consider canceling interest on government loans set to mature by the end of this year and extending repayment schedules on other loans, actions that would do little to relieve the financial pressure of billions of dollars in commercial and other loans Zambia owes.

“China will technically consider individual country requests for debt relief either in deferments, interest cancellation or restructured debt, but will leverage the position for strategic geo-economic positioning for the long term,” Hambayi told ADF. “The reality with China is that the agreements will never be made public.”

With nations across Africa increasingly indebted to China, Zambia is serving as a lesson in what they could face in the age of COVID-19 as declining public revenues meet demands for repayment of Chinese loans. So far, China has negotiated one-on-one with African countries about adjusting loan terms, a process that can take years.

Given its precarious financial situation, Zambia doesn’t have years to renegotiate its debt, Erasmus said.

In a recent report examining China’s willingness to offer debt relief to African nations, Zambia ranked highest for risk of default among eight African nations with large debt burdens to China. In its report, Fitch noted that short-term debt relief can give countries some breathing room in a crisis, but another question is “debt sustainability” — whether a nation can carry its debt over the long term.

“The future relationship will be defined by two key factors,” Hambayi told ADF. “Firstly, the country is poised for general elections in the third quarter of 2021, a determinant of what economic strategy the country takes in potentially recovering from the eminent recession following COVID-19. And secondly, the extent to which China relents in its pursuit of a stranglehold on the financed infrastructure. It will be an eco-political end game at play.”

The struggle to keep up with large debt payments in the face of falling revenues will lead inevitably to austerity measures that will fall hardest on everyday Zambians, said Rumbidzai Masango of the Open Society Initiative for Southern Africa (OSISA).

“The expenditures that are usually targeted are the health sector, the education sector, which for us are key socioeconomic sectors that provide basic needs for ordinary citizens,” Masango said in an interview during OSISA’s regional debt conference in 2019.

Zambia’s shaky track record and lack of transparency has kept it from qualifying for a bailout by the International Monetary Fund. As a result, Zambia is likely to turn again to China for further help securing its financial future, Erasmus said.

“Zambia’s reliance on a debt-driven growth model will persist, entrenched in a dire need to close a large infrastructural gap,” Erasmus said. “The glue of debt accumulation will, therefore, be required to mend the cracks left by the pandemic, albeit with the constraint of a blemished credit record.”