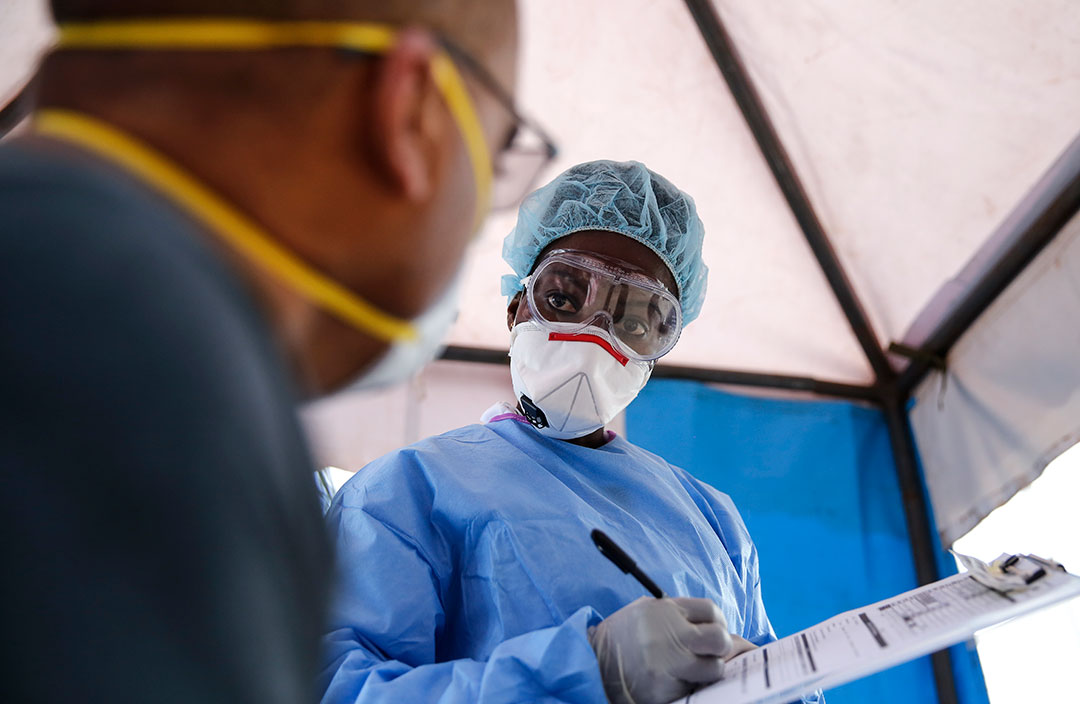 As COVID-19 spreads across Africa and its 1.3 billion people, health officials say 15 million testing kits are needed to help contain the pandemic.

The Africa Centres for Disease Control and Prevention (CDC) has pledged to provide 1 million testing kits, which were acquired from Germany. COVID-19, the disease caused by the new coronavirus, has sickened more than 72,000 people in Africa, killing almost 2,500.

“There is a big gap on the continent on testing,” Africa CDC director John Nkengasong said. He added that identifying and tracking people who are infected is key in giving Africa a “fighting chance” during the pandemic.

Belinda Herring, technical officer at the World Health Organization (WHO) Regional Office for Africa, said countries need the proper infrastructure, equipment, trained personnel and the compounds used in a test known as reagents.

“We are providing reagents to a large number of laboratories within the region that are part of the influenza virological surveillance network and also help the ones that do have the capacity in giving them refresher training or providing them with other reagents they need to do the test, or even supplies they need to do the test,” Herring said in a video on the WHO website.

Testing has been crucial in efforts globally to contain COVID-19, which has infected more than 4.3 million people and killed 300,000 worldwide. Testing is especially important because some people infected with the disease show no symptoms, which allows them to unknowingly spread the potentially deadly virus.

But many African nations have had trouble acquiring tests. An analysis by Reuters found that the continent is testing at a rate of about 685 per million people. This is about 3% of the testing rate in European countries. South Africa accounts for about one-third of the continent’s tests.

At the beginning of the outbreak COVID-19 tests sometimes cost hundreds of dollars and produce results in several hours. That is now changing. Researchers at the Pasteur Institute in Dakar, Senegal, are developing a $1 testing kit that will produce results in under 10 minutes, according to a New Scientist report. The tests will be manufactured by DiaTropix, an infectious disease testing facility run by the Pasteur Institute, and Mologic, a developer of diagnostic technologies based in the United Kingdom.

Amadou Sall, director of the Pasteur Institute, said 500 to 1,000 tests a day could be analyzed at the facility and that up to 4 million could be made annually.

Nkengasong was unequivocal about the importance of tests: “If you don’t test, you don’t find it,” he said.

U.S. to Send Ventilators to Nigeria